Visitors of the Maximum Mini display at the IMM 2016 in Belgium may remember a bright orange Barclay Mini Bug. This is a rare version of the Stimson Mini Bug built under a license in Holland (more here) and I thought it could well be the only survivor. Well, it isn't. The owner of the orange car, Andre de Wit, has now found another! It's not much more then a bare shell, but Andre says a full build/restoration is planned never the less. He tells me: "The guy, at one stage, had two of them together with his father. One of these had become so detoriated as it stood outside for most of its life that they decided to scrap it. This one does have a registration number and comes with all the necessary parts." Isn't that just great? Thanks Andre! 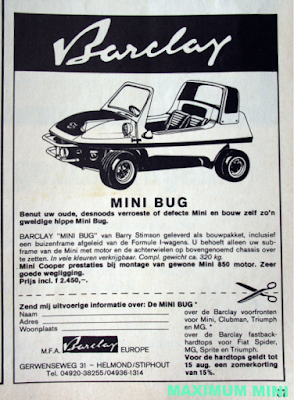 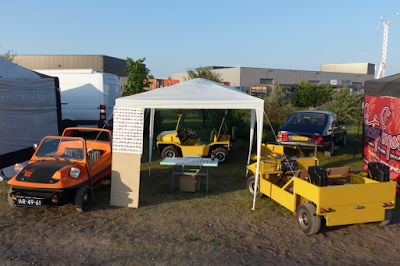 Andre's Barclay at the Maximum Mini display in 2016, together with Schmitt and Twinny Scamp
Picture Jeroen Booij archive 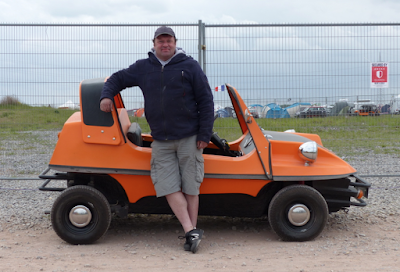 That's Andre with his ultra rare Barclay that he restored over a period of time. His first!
Picture Jeroen Booij 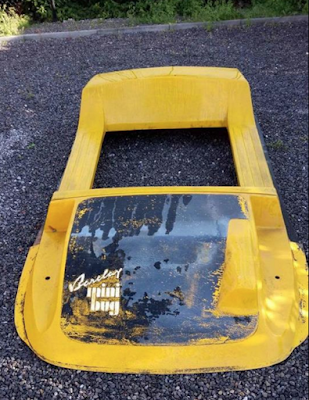 And that's the second example he now has! It's just a bare shell, but all the parts to turn it into a car are there. What's more: it comes with a Dutch registration number, too
Picture Andre de Wit 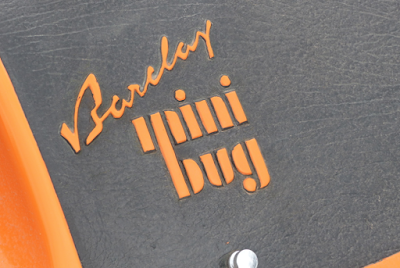 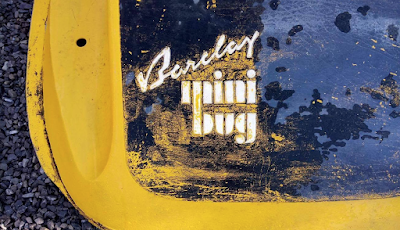 ...and the same name in the second car. Previous owner even had another but scrapped that
Picture Andre de Wit