While the infamous Twini Scamp, built by former McLaren engineer John Hornby, is now restored (seen here on a Maximum Mini display in 2016) and the Deep Sanderson 105 Twini still for sale (all about that here), pictures of another Twini emerged last week through Magenta owner Ken Warburton. It's the Twini Ranger!

Ken got hold of them through builder John J. Thomas, who is a bit of a legend if you ask me. Thomas was a former Broadspeed employee who later went to work on his own and came up with a number of interesting projects. Best known, perhaps, was his six-wheeler version of the Ranger Pick-up - the Ranger VI - which he marketed himself. I have been trying to get in touch with the man for some time - to no avail - but must admit I had completely forgotten when Ken came up with these shots.

They show another one of Thomas' projects, which was a Twini Ranger. The car was powered by 1275cc A-series engines front and rear thus coming with four-wheel drive. I'd never heard of it before and would be interested to learn a bit more about it. About time to get in touch with John J. Thomas after all! Meanwhile, I'll place it together with the other two Twinis that are still missing: the Butterfield Musketeer Twini and Bufi Mowog... 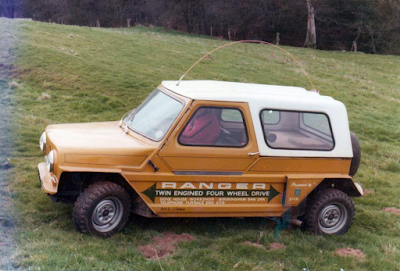 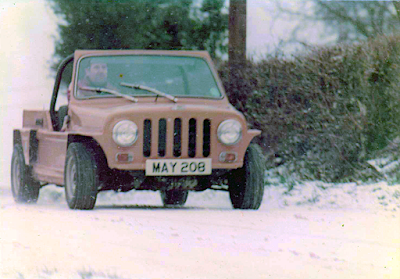 Seen here without its hardtop on snowy surface. The number 'MAY 208' is on a BMW these days
Could the car survive? The Twini Scamp all of a sudden resurfaced some 10 years ago (click)
Picture John J. Thomas via Ken Warburton 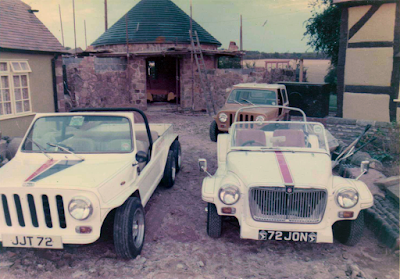