Reader Richard Hawcroft came across an interesting picture on a forum recently. He wrote: "Look at this photo of the Isle of Man motor museum. It looks like the original moulds for the Peel Viking! Never seen them before! It was on Pistonheads, but they where more interested in the rusty E-type in the front. My eagle eyes spotted the Peel in the background..."

He certainly seemed to be right there, and so I decided to contact the museum. I got in touch with the director Darren Cunningham, who let me know: "Hi Jeroen, yes that is correct, the moulds have recently been loaned to the Museum. I'll be honest, I do not know the story behind them yet. I will ask the owners though."

Meanwhile, I did a little search and found that they were owned by Exo Sports Cars at least until recently, who offered them for sale a few months ago, together with a body made from those moulds plus most of the donor Mini parts to finish. Asking price was £5995.00 at the time. They wrote: "In 2015 Exo Sports Cars Ltd. secured the original Peel factory moulds for the Peel Viking and produced a bodyshell and dash from this mould. Considering the mould is over 50 years old, it is in remarkable condition and will produce a quality shell ready for painting and building into a turn key car. It was always our full intention to put the Peel Viking back into low volume production, but our other core products, have proven to be so successful, there simply hasn't been time to further develop te Peel."

Remarkably, somebody else told me he had the original Peel Viking moulds from the island back in 2011 (click here). These were offered for sale at the time, but I don't think they were the original set after all. I now believe these were made later to build a few Vikings at the time, one of them that can still be seen on the island in the hands of its enthusiastic owner and the other one in a US museum.

UPDATE 14 September 2018: These moulds are not what they claim to be, see here. 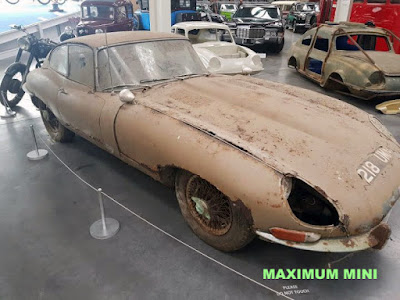 Forget the Jag. This is the picture that eagle-eyed Richy Hawcroft saw when he spotted the Peels
Picture Pistonheads 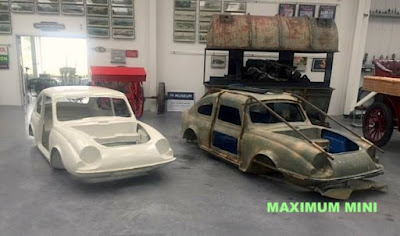 And there they are: the original Peel Viking moulds plus a shell are now back on the Isle of Man
Picture courtesy Isle of Man Motor Museum 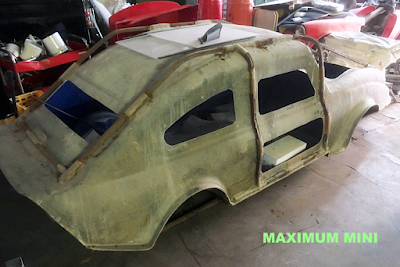 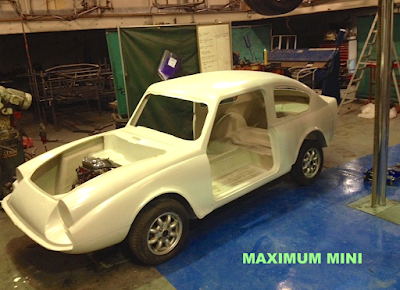 Exo made one body shell from them with the idea to relaunch the Peel Viking. This never happened though and the empty shell is now on loan to the Isle of Man motor museum also
Picture Exo Sports Cars 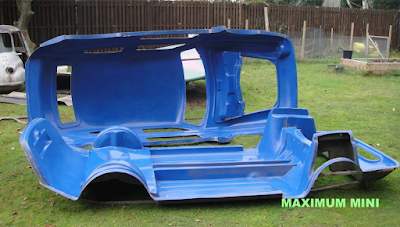 The original set of moulds is not on its own anymore, though. This later set is still about, too
Picture Jeroen Booij archive