Is mystery Biota the works racer after all?

After being approached by a Japanese journalist, Biota owner and -enthusiast Peter Niessen believes that the mystery Biota racer in Japan seen here before (click here) may well be John Houghton's works racer after all. The car is owned by a Mini Specialist in Japan and is featured comprehensively in the current issue of Tipo Dramatic Car magazine, which made Peter conclude about its heritage.

He wrote: "After close examination of the pictures we can conclude that this Japanese car is the original 1972 hillclimb racer by John Houghton / Chris Seaman. A number of modifications have been carried out, but this can be verified. One striking feature of this particular racer is that the entire front subframe has been left out; all the mechanicals are mounted directly onto the tubular frame."

Some more background on the racer can be found here and here.
Peter also managed to translate the article by Hideyuki Nakajima into English, and I have copied some of the content below:
"Minnie British Cars in Ageo city, Saitama Prefecture, is a Mini specialist who's representative
Seki Ikumi (52 years old) started 25 years ago and is working now with his son Mr. Akuta (32 years
old) and two other staff members. It is a popular shop with maintenance and restoration requests
from the whole country, as well as from locals. The Biota in this article came to the shop about 10 years ago. It seems it was inherited from the long-term shop stock of the same business. Also, it seemed to interesting. This Biota Mk2 car was made in 1972 but the shape of the body is quite different. There is no rear roll bar style roof, and instead a fairing cowl was mounted behind the driver only. For this reason the front only has a racing screen attached at the driver's side. In the road car version there is a notch inside the cockpit for easier getting in and out. This is not it in the current car, it has a smooth shape. However, besides the body there is also a big difference at the chassis. The tubular frame itself seems not a big difference with the road car in the photo, but in the competition car the Mini power train is bolted directly to the frame without the front sub frame. Ignoring the durability of the frame, this is considered to be a construction to improve direct maneuverability, clearly for competition purposes. Moreover (because there is no sub frame), the upper part of the rubber cones of the front suspension seems to be held only by the tubular frame. In addition, the front lower arms are ball joint mounted and of the camber adjustable type.
The rear suspension is typical Biota Mk2, with a pair of trailing-arm supported beams to which the left and right suspension is connected, constructed with coil-over shocks and a stabilizer. Although the installed engine is equipped with 45mm Weber carburetors, it seems not very highly tuned. This is supported by the fact that the drive shafts have remained rubber-coupled, so perhaps the engine has been replaced at some point in time. Unlike the road car, the exhaust end is located at the right-hand part of the body at the front."

"There is no chassis number on this individual car, but Seki states "I think this is because it is one of
the cars that probably participated in Hill Climb races by the Biota Works team." Presumably, Biota
built two Mk2 lightweight versions for the Prescott BARC Hill Climb Championship in 1972, with
John Houghton himself and Chris Seaman as drivers and Chris Seaman winning the title. Since there
is a description that it was changed to the Mk2 specification afterwards, it is a high possible that it
is this individual car. Seki said, "It cannot used as a road car indeed, but I hope to be able to show it
at the time of the Mini 60th anniversary event. With only unique and valuable vehicles, I really
want you to realize." 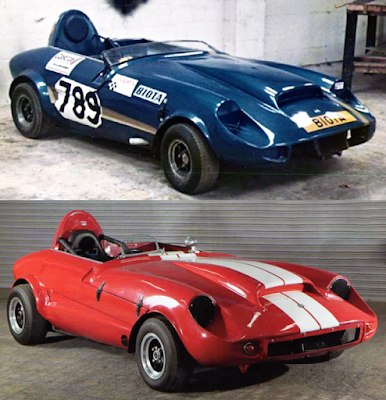 Then (top) and now (bottom). Reader Peter says this has to be one and the same car
Picture Tipo Dramatic Cars magazine / Biota.jouwweb.nl 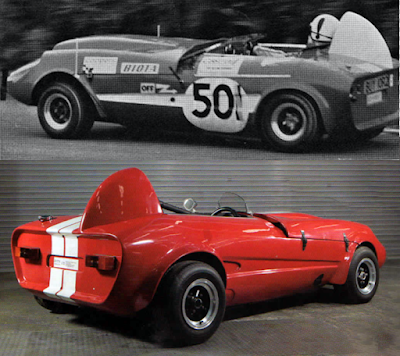 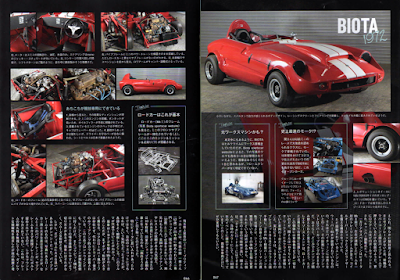 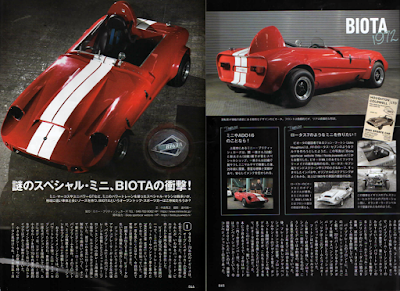 The article concludes that it may very well be Houghton's hill climb car, too
Picture courtesy Tipo Dramatic Cars magazine 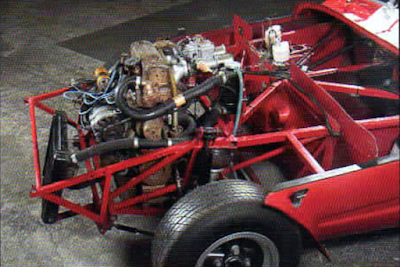 Lack of a front subframe is the major giveaway to it being the works racer, say Niessen and Nakajima
Picture courtesy Tipo Dramatic Cars magazine/ Junichi Okumura 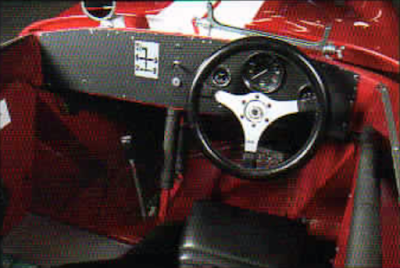