Reader Eiji Watanabe continues to surprise me with Mini based cars he spots in his native Japan (some of his finds here). Or ones he owned, like now. He wrote to me: "Hi, Jeroen. Here a mail after a long absence. My hobby car is a 1960 model Berkeley T60, which was modified to subframe and engine of a Mini in the 1970s. I love 3-wheeled cars and Minis and I owned several 3-wheelers and Minis in the past 25 years time, but now it's only the yellow Berkeley, the car that fits best to me. I hope to continue ownership for a lifetime. I look forward to your site in the future and pray for your happy New Year. Eiji."

He also sent me links to his websites, and I was surprised to learn that he prevoiously owned a Heerey GTM, a GTM Rossa and a Mini based Earl three-wheeler built by J.F. Earl of Wootton, Bedfordshire also! See his website here. Thank you, too Eiji, and please keep in touch. 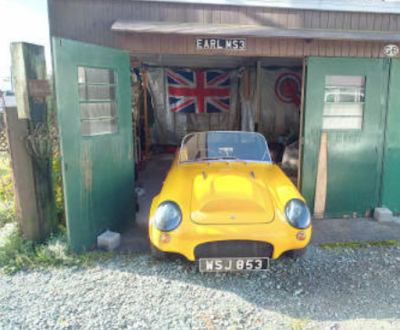 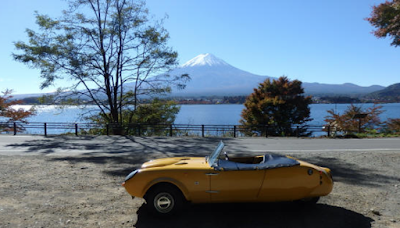 Eiji owned several Mini based cars, but says the Berkeley 'is the car that fits best to me'
Beautiful picture of it shows Mount Fuji in the background
Picture Eiji Watanabe 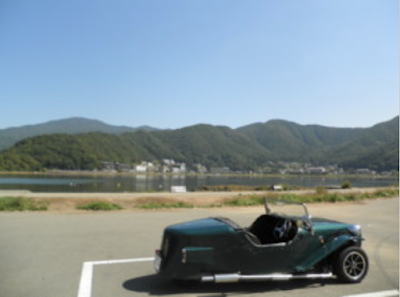 Another Mini based three-wheeler owned by Eiji was an Earl Special, built in the mid-1980s
Picture Eiji Watanabe 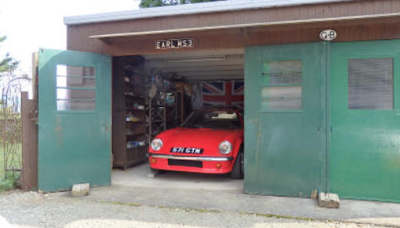