A new year and plenty of new plans. But let's start 2019 with a little look back. At the Christmas Puzzle and the Find of the Year poll respectively. With 42% of the votes you chose the 'Dutch demonstrator' Peel Viking as the best find of 2018 (the Radford came 2nd with 21%, Moke and Quasar 3rd and 4th with both 16% and the GTM 5th with 5%). 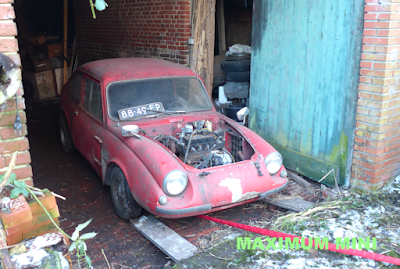 Find of the Year 2018: the Peel Viking known as 'the Dutch Demonstrator'
Picture Jeroen Booij

Then there was the Christmas puzzle. Avid puzzle player and consecutive winner Neil Kilbane was the only one who sent in a full list of answers. They weren't all what I was looking for, but I think Neil deserves the price never the less. Once again. Congratulations Neil!

The answers were (and I have based them on Neil's) 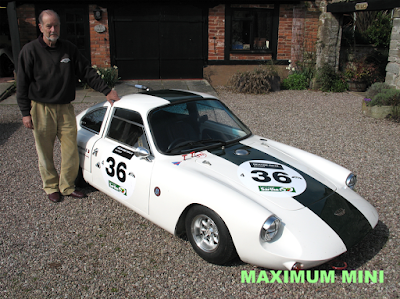 The late Chris Lawrence in 2005, with one of his designs: the Deep Sanderson 301
Picture Jeroen Booij

3. Tucker 48 – this car was styled by Alex Tremulis, the designer of the wacky Mini-powered Gyro-X.

5. Hrubon Thélème – the brainchild of Jean-Claude Hrubon, the man behind the 1966 Le Mans Mini Marcos entry, and also responsible for the Hrubon Phaeton and Schmitt.

6. Méan Liberta – Méan also manufactured the Sonora of which one example was powered by a BMC Mini engine.

7. Ed Straker’s car from the tv-series UFO – also in the series were the SHADO Jeeps, which were Mini Moke based. 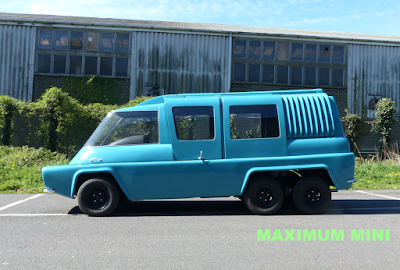 A SHADO Jeep in its fully restored splendour, as photographed in 2016
Picture Jeroen Booij

9. Aston Martin Lagonda – from the pen of William Towns. Other cars he designed were the Hustler series of cars, the Minissima, Tracer and the Microdot, which sprouted the Elswick Envoy, all of which were Mini based. 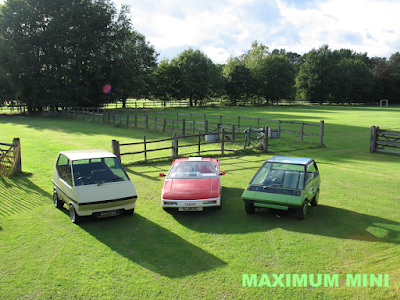 Some of William Towns' designs: the Minissima, Tracer and Microdot in 2011
Picture Jeroen Booij

11. Banham Jaguar XJS-S – from Paul Banham, the man who gave us the Banham Sprint and Roadster.

12. Reliant Scimitar GTE – designed by David Ogle the father of the Ogle SX1000.

13. Singer Gazelle Series II – this car is the source for the rear lights on the Broadspeed GT. 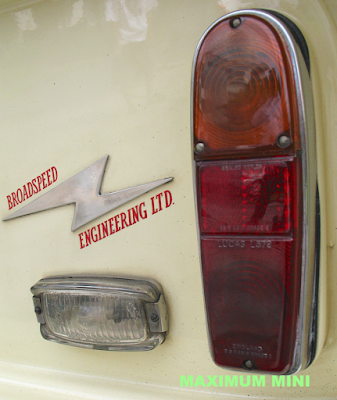 14. AC 3000ME – designed by Bohanna & Stables who were the designers of a Unipower GT successor that never saw production.

15. Foers Ibex – two of the companies earlier productions were the Mini based Foers Nomad and Metro based Foers Triton.

16. Owens Sedanca – Designed by Chris Humberstone who also came up with the Humberstone Mini as well as the revived Radford Mini de Ville of the mid-1990s.