Due to the unexpected death of Ian Shearer (obituary here), his family has decided to sell his much beloved and last project car - the original 1986 Boxer Sprint prototype. The Boxer was a lightweight spyder version of the Nimbus Coupe that Shearer designed a couple of years earlier. The car’s fiberglass body tub was moulded as a single piece with some areas strengthened with Kevlar. The clamshell bonnet hinged forwards and the engine cover flipped the other way for easy access. Brakes, steering column and pedals came from the Mini donor, with the rectangular headlights sourced from VW’s Scirocco. A wiring loom was made for the car, but according to Shearer a modified Imp loom could be used, too. Kitcars and Specials magazine wrote in September 1986: “The Boxer Sprint is designed to be either a club racer and/or a second road car, and as such it makes no pretence of being a refined everyday vehicle. Although, having said that, it will be seen that it has the potential to be made as practical as any two seat sports car.” Still, no more production cars were made, with only the prototype being registered. Shearer found it back on a farm in Kent in 2017 (see here) and started a comprehensive restoration.

Unfortunately he never got 'round to finish that and the whole project is now for sale. It's not just the car itself, fully registered as a 'Nimbus Sprint' with full V5 logbook and all the paperwork. But it also comes with the original moulds, two engines and a whole load of bits and pieces. Ian's son Will: "The car comes with all other items required to get it on the road. There will also be a lot of materials that I am happy for the buyer to have too - things like GRP mat, microfibre filler additives, resins, and hardeners/catalysts. Also, the odd tool that I have no use for, there is a cylinder honing tool for example; basically I'd be happy for anyone buying to rummage through and take what they feel is useful to them. I have taken some photos of all the stuff that will be sold with the Boxer. Everything appears to be complete though it is spread all over! Dad was never one for being organized!"

UPDATE 28 November: BLACK FRIDAY Special - only on Friday the 29th offered for £1500!
And I also throw in a signed copy of both Maximum Mini 2 as Maximum Mini 3 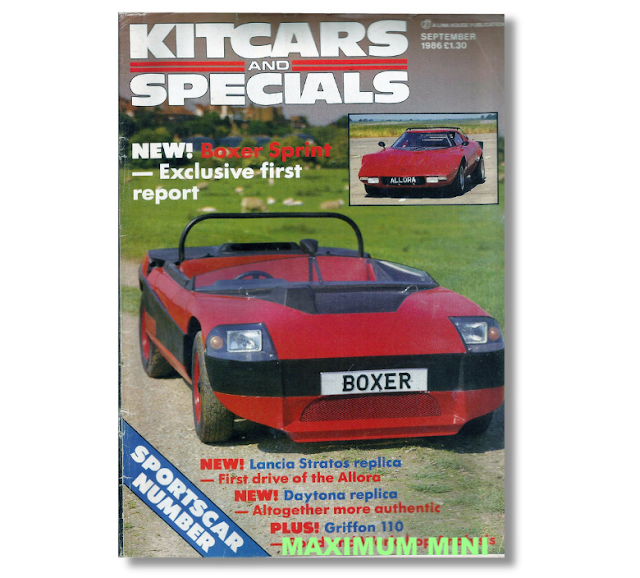 A cover star in September 1986: the Boxer Sprint prototype before being registered
Picture Jeroen Booij archive 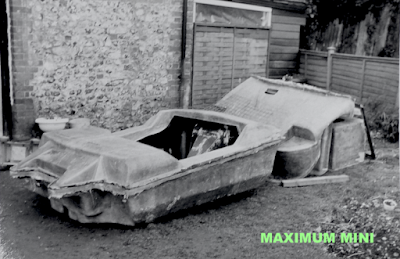 These are the moulds for the monocoque shell and clamshell front, included in the sale
Picture Jeroen Booij archive 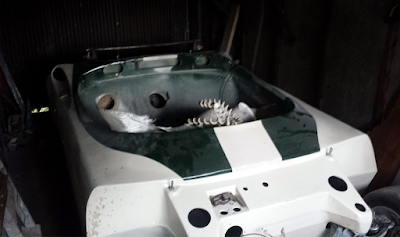 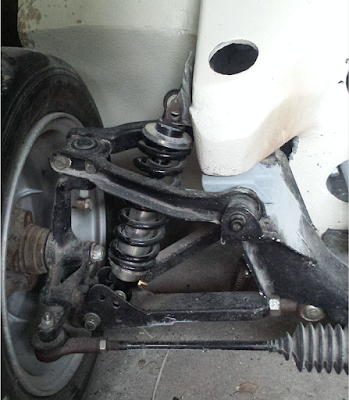 Due to Shearer's unexpected death, the whole project is now offered for sale
Picture Will Shearer 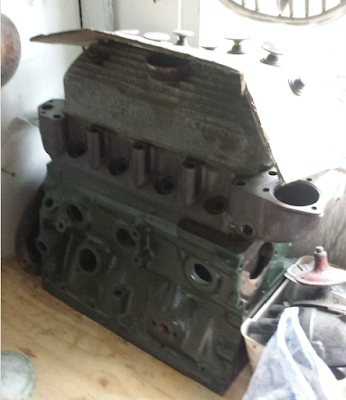 Included also: one of two engines - this is a modified A-series
Picture Will Shearer