Fairley Spoke was driven by The Beach Boys

I made a remarkable discovery yesterday when reader, Ogle SX1000 owner and big Beach Boys fan Guy Loveridge contacted me about his favourite band. Did I know the Beach Boys used a Mini Moke when they toured in the UK in november 1966? I knew that as I had seen promotional pictures. Mind you, this was not the 'Mini Surfer' Moke, made by George Barris for The Beach Boys in the US (click here), but a car used for promotion in the UK - probably a BMC demonstrator. Guy found out there were two Mokes used, both green with yellow lettering, and he also found out their registrations after having seen a documentary titled 'The Beach Boys - The Swinging Sixties'. The cars were registered 'LUV 918D' and 'HOA 124D'. Guy wrote: "Of course now I MUST find them and own one if I can!" Did I know anything about them?

When I noticed the second registration number I first hesitated, but then recognized it as the registration on the infamous 'Fairley Spoke'. This was the supercharged Moke raced by former fighter pilot, Tomorrow’s World presenter and BBC race commentator Raymond Baxter, together with his friend Reg Phillips, Chairman of James Fairley Steels of Birmingham, and an avid racer himself. I always thought they took a brand new Moke to build the racer, but apparently they didn't and used a demonstrator instead. A demonstrator that had just been used by The Beach Boys!

Up until the late-1960s the Fairley Spoke made appearances at many sprints and hill climbs with either Phillips, Baxter, or Baxter’s son Graham behind the wheel. It was repainted in orange over cream and further modified several times. In the 1980s the car received a full restoration and it was seen at the Mini’s 30th anniversary party at Silverstone. But by the time both Baxter (2006) as well as Phillips (2008) had passed away, the supercharged Moke had found its way to a Germany, where it was restored once more and now received a 1340cc unit and dark marine colour.

It left Guy disappointed. He wrote: "Shame it has been 'ruined' - I would restore it to 100% 1966 Beach Boy specification!" I am not totally sure about that as I also like the Fairley Spoke provenance, also. Guy added: "I love the Fairley's history, too, but just wish it was not at the expense of a chunk of Beach Boys history! Wonder if the German owner would be thrilled/excited or annoyed to find out?" All I know is that the car was sold about a year ago to a new German owner. Feel free to drop me a line if that's you. Now. Let's see if anybody knows more about LUV 918D... 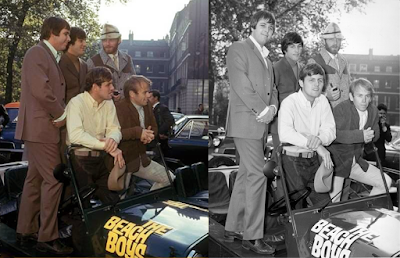 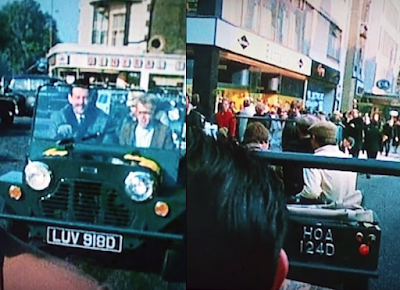 Reader Guy Loveridge found out there were actually two and they were registered 'LUV 918D' and 'HOA 124D'. That last number certainly seemed familiar to me...
Pictures Guy Loveridge from the documentary 'The Beach Boys - The Swinging Sixties' 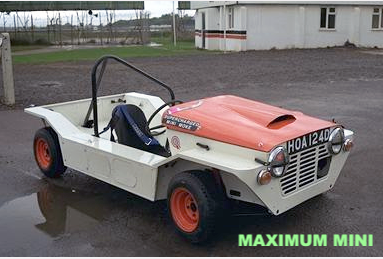 Here is HOA 124D in the late 1960s, by which time it had been raced succesfully for a a couple of years by Raymond Baxter and Reg Phillips and was known as the Fairley Spoke
Pictures Jeroen Booij archive 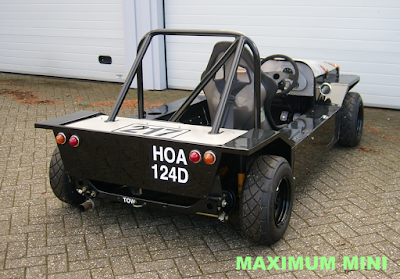 And a couple of years ago in Germany. Does the current owner know about its Beach Boys history?
Pictures Jeroen Booij archive