Well, well... Last week saw the revelation of the Fairley Spoke's previous life as a standard Moke used by the Beach Boys. This week has another amazing Moke discovery - the car used by Sammy Davis junior and Peter Lawford in the 1967 movie 'Salt & Pepper' (more here) has been unearthed.

I was contacted by Davis Guyan, who wrote: "I recently discovered your blog from June 2016 where you had photos of the Moke 'KOA 750E' (see here). I have owned the Moke since March 1991 and still own the car today. It does not look like it did in the film as somebody has reverted to the standard look. When I purchased the Moke the person I bought it from said he thought it was in the Bond films."

"The car is white but under the white paint there is yellow paint. I have been trying to research its provenance and I recently acquired a heritage certificate from Gaydon and when it left the factory in 1967 it went to the BMC Publicity Department. It was last MOT’d in 2009 to take it to Longbridge for the 2009 IMM to celebrate the Mini's 50th anniversary. It has spent most of the time in my garage off the road. We also took it to Salou for the 2005 IMM which was quite a feat as its an 850 automatic. I also own a shorty Mini and a standard Mini and have been a Mini enthusiast for many years and previously owned a Mk1 Mini and a Mini van and have attached some photos of my Moke as it is today. If you have any more photos of my Moke or information I would be interested in finding out all I can about my car. Many thanks for any help you are able to give me. David Guyan"

I also asked David what he planned ever to bring the car back in its mad movie splendour now that he knows of its movie heritage. He replied: "That's under review at the moment. I am yet to decide. I had hoped it was one of the Bond Mokes as they weren't as outrageous and could be driven with less impact. I am being told I should bring it back to its Salt & Pepper glory. I will let you know if I do."
In the meantime I have sent over hi-res pictures to David, so at least he can recreate the vehicle if he ever wants to. Perhaps there are readers out here who can help also. Feel free to drop a line below. 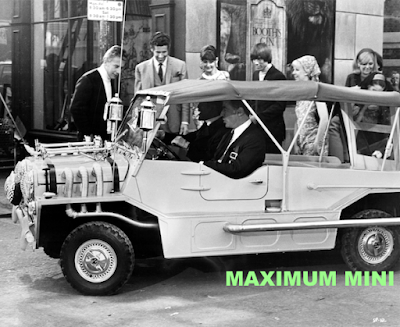 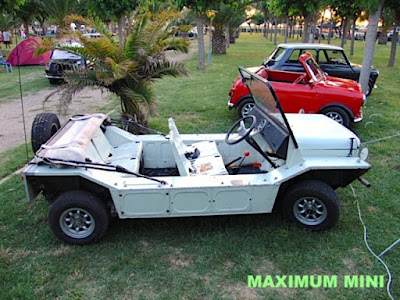 And the car as it is now, owned by David Guyan and unrecognizable as the movie car
Picture David Guyan 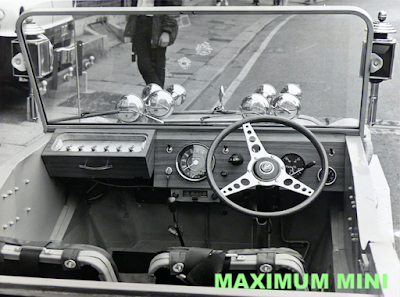 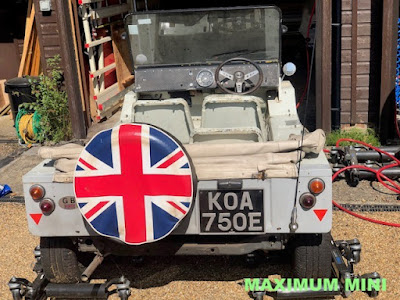 These have gone also, but you can still easily see that they were once fitted to this car
Picture David Guyan 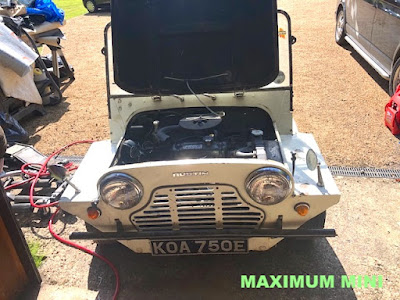 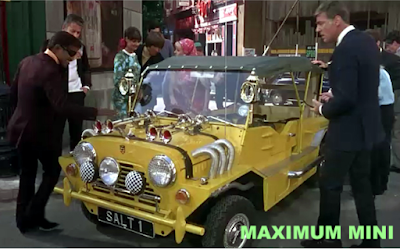 Loaded with every extra available at the time and more - this certainly was a mad Moke
What would you do if you had it? Bring it back in its former glory? I would!
Picture Jeroen Booij archive