It seems to me that Le Mans '66 was pretty good received, and I have received a multitude of comments from people who’ve seen the movie, all very positive. When I went to the theatre myself I had not too much of an idea what to expect, though. Admittedly, I had become a real Le Mans ‘66 anorak and I was afraid the movie could only disappoint. But I really loved it and highly enjoyed the movie myself. The filmmakers did a terrific job in recreating the 1960s atmosphere with even the pit boxes and grandstands on Le Mans’ start/finish line (known to have been completely rebuilt in the early 1980's) largely reconstructed in Southern California. I knew these so well from pictures, so to see them now recreated on a big screen was quite something. No sight of a Mini Marcos anywhere in the movie though, but hey, I wasn't expecting that either. Thanks for everyone sending over film clips from Youtube showing my car in action in the actual race – some of them being new to me, and Renaud Surteauville for sending over the press card of the film premiere at the Le Mans museum - a copy of the original Le Mans 1966 press card!

But how about the car then? Well... Painting it was supposed to be the next step and with the primer now (hopefully) fully dried out I contacted my Marcos mate Joost, with whom I prepared the car’s body and put it in primer last December. We had a jolly good time doing that and I was looking forwards to having a similar kind of experience. But when I rang him in the summer to see if he could come up with a date anytime soon, he had to disappoint me. Having just bought a house needing renovation and busy with work and his own cars, he couldn’t see any time soon for painting mine. What’s more: the spray cabin we’d hired previously needed work too, with the owner having no time for that right now. We've come up with a new date though: March 2020.

Then there's the car's mechanicals. As you may remember I made an arrangement with mechanic Philippe Quirière, who runs Mini World Center in southwest France, but disillusion number two was on its way when I contacted him, too, in the summer asking to come over with the car in September. Philippe wrote: “Sadly, it's not possible for two reasons. Unfortunately the crankshaft takes me an incredible time! The machining is turning out to be very complicated and very expensive, surely the most expensive Mini crankshaft ever! But we agreed, so I decided to go all the way with this unique model. But the most important thing is that I'm expanding my garage, and to this day the lack of space, is too risky for a job like this. The building will be finished within three months, so we can finish this unique project in good condition.” So there we go. Even though I would not have preferred it, I have now even more time to prepare things really well. Stay tuned. 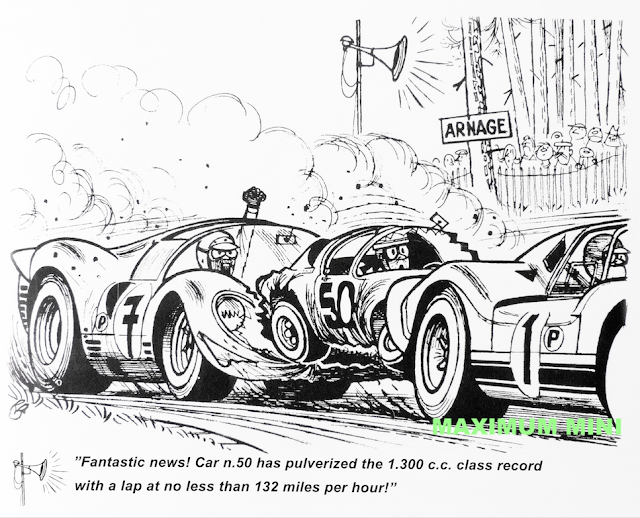