Over the years, Richard Hawcroft has been a superb informant here on Maximum Mini, and I can't thank him enough for always being such an enthusiastic supplier of wacky stuff. Richard was in fact, the owner and restorer of the CJC Bison who preferred to stay anonymous and was therefore named 'Buffalo Bill' here. But his irregular messages always put a smile on my face.
Most recent one was about a mysterious three-wheeler last September. He wrote: "J. Just been speaking to a guy who made a one-off 50 years ago out of a Mini Van, last used in 1976. All tubular chassis and he used it as his everyday car He is bringing some details and photos in, Rich." He had me there, and I could hardly wait. With the next message also came a telephone number of the builder, Rob Thomas, who's now started the restoration of his own Thomas Special. Rob is 72 at the moment and working to get the car back on the road after all these years. He told me:
"I wrote off my mum's Mini Van in Wales. It was a 1961 car and I thought I'd make something from it. I made a tubular chassis out of 1" steam pipe from a heating system and put twin back wheels close together. The body is aluminium and I modified the master cylinder to keep the body down. Spare wheel and petrol tank are at the back. The headlights come from an army shop in Southport and they were meant for an American army vehicle. The seats were made by my mother and the windscreen is just a piece of Triplex glass. They converted the Van's registration to three wheels and I would have got it on the road at Christmas in 1970 or '71 when I was 22 or 23. I used it for two and a half, three years and changed the 850 engine to an 1100 in 1972. I must have done 5- or 6,000 miles in it and remember driving it over the M62. I had it last on the road in 1976 and then stored it. I had a building business and it was always just there. Four years ago I thought it needed an MOT to keep the number. I decided to pick it up and take off the front subframe, but I want to put t back on the road now. In hindsight people must have thought I was peculiar!"
Thank you very much Richard for another top tip, and Rob and Eileen Thomas for talking to me and digging out the photographs! 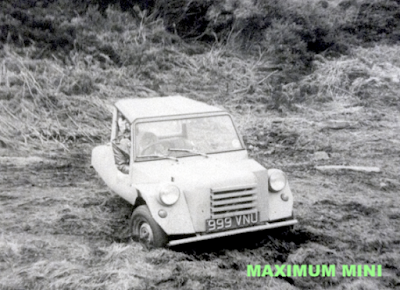 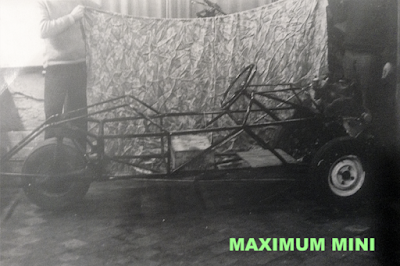 Tubular chassis came out of 1" steam pipe from a heating system, twin back wheels close together
Picture Rob Thomas 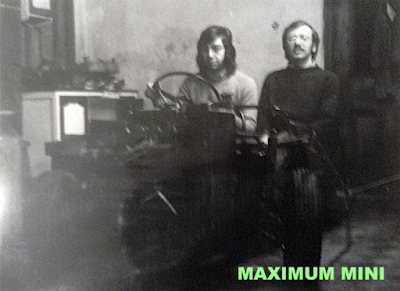 Made to measure. Rob and a mate back in 1970 when the three-wheeler Special was constructed
Picture Rob Thomas 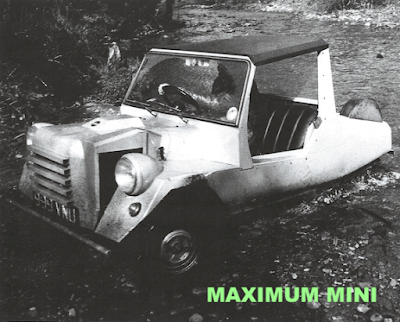 Headlights were sourced from an army supply shop in Southport, registration was transformed
Picture Rob Thomas 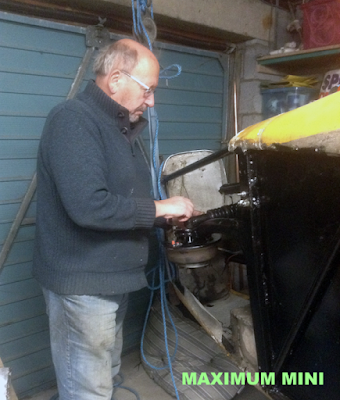 That's Rob Thomas last month. He plans to have the three-wheeler back on the road soon
Picture Eileen Thomas 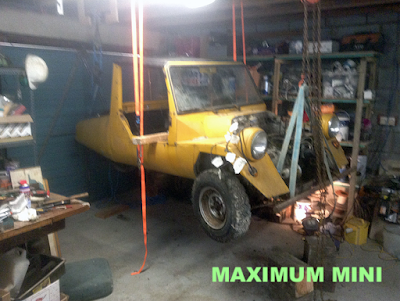 Rob was 22 when he built it. He is 72 now and always kept the three-wheeler Special
Picture Rob Thomas 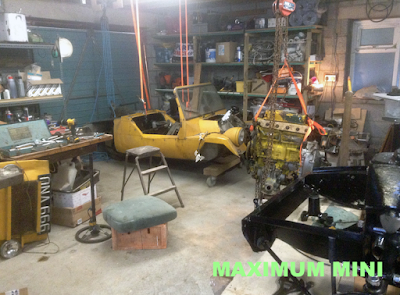 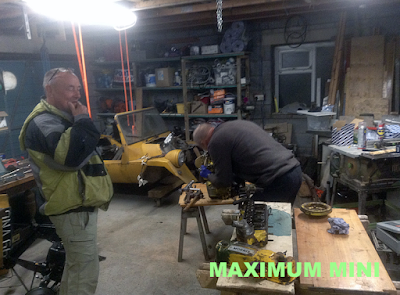 Rob and a mate at work in the garage. The three-wheeler was last on the road in 1976
Picture Eileen Thomas 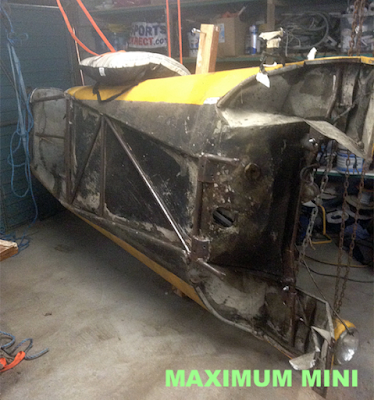 The body is made in aluminium. Rob: "In terms of how I made it, it's fine."
Picture Rob Thomas
Geplaatst door Maximum Mini op 13:39