Excess all areas - right up our street

Some books are announced so long in advance that, when they finally arrive to still your hunger, they can almost only be disappointing. The very opposite goes for 'Excess all areas', the latest book by prolific writer and fan of automotive obscurity Richard Heseltine about British kit cars of the 1970s. When I heard of it only a week ago, I ordered it straight away, received it on Friday and had a lovely weekend reading it! This is a great fun book, with much more than just Mini based cars, but all right up our street in creativity, ingenuity or just plain wackiness.

Staying with the Maximum Mini-theme here, over 30 Mini variants make it to this 122-page book with some far-out fun facts I didn't know. How about William Towns' Hustler being originally made for Jensen Special Projects as a car for Third World parties? Or how about the Ranger 4 project being sold to Beirut, where the factory was 'levelled by Syrian troops during the siege of Achrafieh'? Heseltine also solves the mystery of Eartha Kitt being an alleged TiCi owner: "She was keen keen to buy a TiCi, but her manager demanded one to be supplied for free, Hill (the manufacturer-JB) declined." Best bit is the last chapter on Specials which describes some of the most obscure contraptions.

If you like this stuff, there's more good news. From the introduction: "Low-volume specialist sports cars from the likes of TVR, Lotus, Clan and Gilbern that were offered as component packages with brand new parts will appear in a subsequent volume. On a similar note, replicas from marques such as Albany and Dri-Sleeve that were sold in complete or knock-down form with new running gear don't apply here. They, too, will feature in subsequent books in what we hope will be a series spanning the entire history of the British specialist car industry." Hoorah! Order it here. 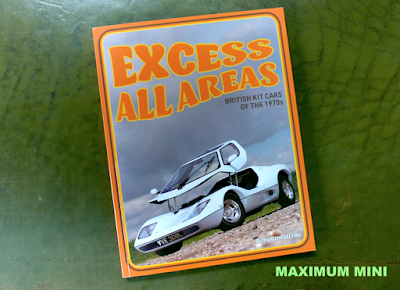 The Nova nicely sums up the madness of the '70s, but 'Excess all areas' is right up our street, too
Picture Jeroen Booij 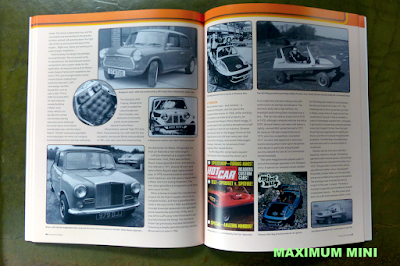 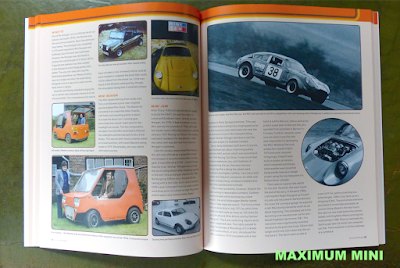