One of the most surreal record drives must have been the one that former rally driver Peter Wood set when he drove an RTV from John O’Groats to Land’s End in seventeen days time from in August 23 to September 8, 1988. Not impressed? It will be when you know that Wood was fully blind when he did so! Sponsored by British Gas and navigated by Gabriel Hartley and his son Tom, Wood drove the RTV mostly over beaches, forest tracks, disused railway tracks and meadows. The ‘Blind Drive’ raised almost a quarter of a million pounds for the blind and the BBC made a short documentary about it (here).
The RTV was deemed the ultimate vehicle to tackle the run since it was designed to go anywhere. The vehicle’s designer was farmer Robert Mandry, who’d also been responsible for the Scamp and who wanted to prove that a vehicle with four wheels could actually perform better than one with tracks without damaging the ground so much. It used a galvanized square-section steel tube frame mated to Mini or Ford Escort engines, placed longitudinally and amidships and driving all four wheels. The really clever bit was that the driveshafts were also running through a large bearing on which the two halves of the whole vehicle articulated, making the body twisting independently of the cab. A Ford-powered RTV was used most during the Blind Run, with a Mini based one used as a back-up vehicle throughout the record drive.
The last car - that's the Mini based one - is actually still owned by Andrew MacLean, who runs the Scamp Motor Company. When he told me that it survives in a field in West-Sussex, I had to see it and so we went over to have a look. The vehicle is in a totally original state, but would benefit from a full restoration. The whereabouts of the Ford Escort based RTV remain unknown to this day. 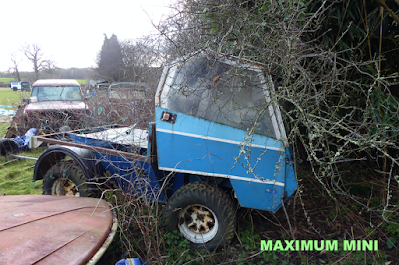 Would you believe this car was used for one of the maddest record drives in history?
Picture Jeroen Booij 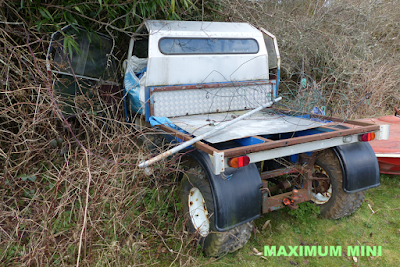 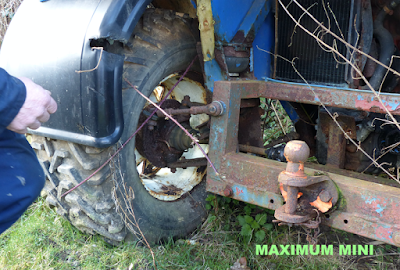 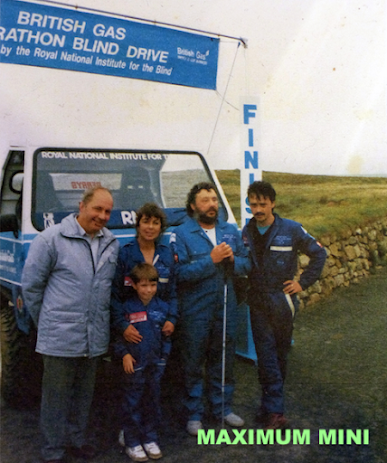 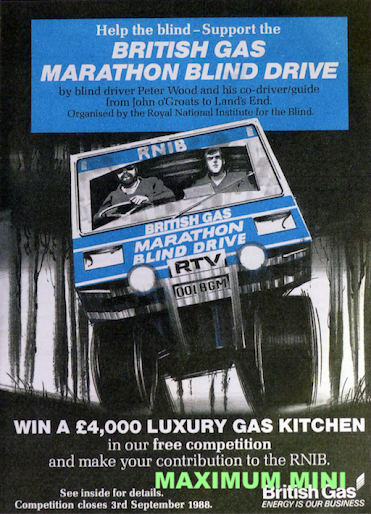