Another Carimoke to be restored on Barbados

Not long after the overseas adventures of Scamp-boss Andrew MacLean made it to print in January (more here), I received a message from Barbados of Charles Fuller Cowles, who's restoring one of the cars made by MacLean on the island. Well, actually this turned out to be a slightly later car using not Mini but Suzuki power, but it was nice to see it anyway (here).
Over to the next one then. Terrell Inniss contacted me last week: "Hi, I recently bought a Carimoke and while Google searching I found your blog posts. I live in Barbados and would love to talk to anyone here involved in its making. The engine is seized and I'm looking into the restoration with an engine swap. Any info or contacts would be greatly appreciated. Attached are some photos of the car in the restoration process Regards Terrell."
I have flashed over a few contacts, but anyone wanting to get in touch with him, too, just drop me a line. 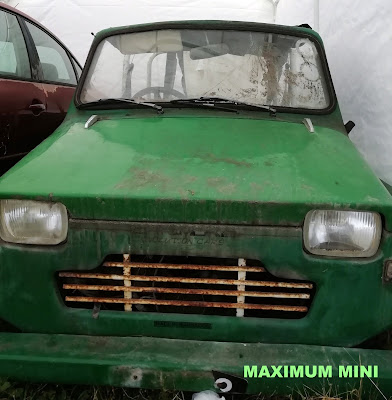 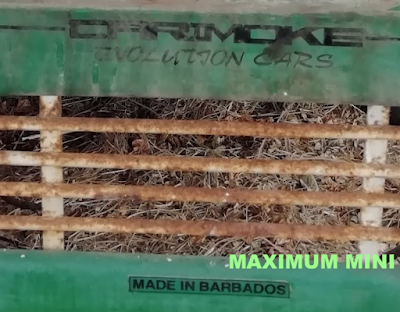 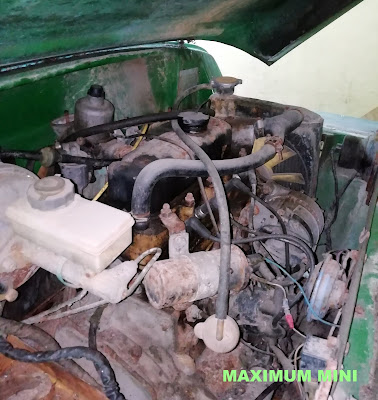 And unlike last month's car, this one has the 998 cc Mini engine under its bonnet
Picture Terrell Inniss 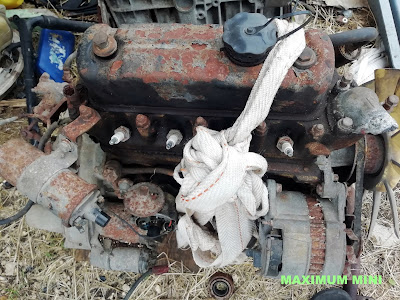 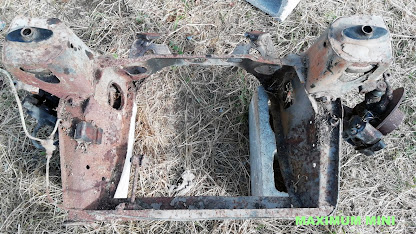 Subframes are out, too. Front one seen here could do with a refresh
Picture Terrell Inniss
Geplaatst door Maximum Mini op 09:29