Historical photographs of the Mk1 Mini Marcos of the Dutch Algemeen Racing Team (ART) keep on turning up and these are two particularly good ones posted recently by Rudolf Bouten, who took them at the Zandvoort track in 1971. Driver for ART is Hans Casteleyn and he's followed closely by another Mini Marcos (a Mk3) driven by Kim Koopman, seen here before also. The infamous Broadspeed GTS made it to the same 'Formula Libre' race also, but was unfortunately not snapped by Bouten. 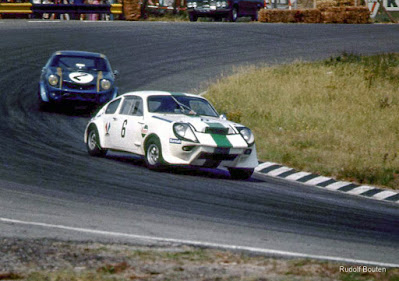 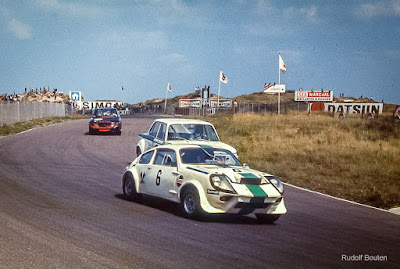