If you have Maximum Mini 3 you may have read about a car named ESC. I have always been intrigued by it, not only because it was built by a fellow-Dutchman who'd moved to New Zealand back in the 1980s, but also because it was believed to be built on an existing Status Minipower. It wasn't until recently that I finally got in touch with Edgar, who is still involved with cars over in New Zealand. He wrote:
"Hi Jeroen, Yes I am that Edgar. I started at Donkervoort, than built the Lotus Seven in NZ - only 2 of them. Then built ESC Mk1 what was the Status I brought to NZ from The Netherlands. Mk2 was a Lotus Seven chassis with a Holden 6-cylinder, Mk3 was a small race car built from scratch with a Suzuki 1300 GT engine and had a lot of racing fun, Mk4 was the Ferrari 333 body with a front engine Honda S2000 with what I won the North Island endurace champion ship in 2005. I also built a few MB6 McLaren replicas. went to Aus 2006 for a few years back to NZ 2014, now selling performance parts at FPP Speedshop. Ik speak Nederlands fluent, just find it hard to write."
There's no doubt that the Mk1 ESC was the one I was eager to learn more about, and Edgar was kind enough to answer all my questions. He added: "I made a jig for the Status and made one chassis and sold that to Richard Gray. I have now heard the jigs were sold to Angus Fogg who has raced Minis all his life and is a famous racing driver in New Zealand. I do know him well and I gave him the original Status badge I had kept all those years. The Status I bought, was the one that had a photo in a kit car book from the UK, but I don't have that book any more. I will try and dig up some old pictures as I gave them all to Angus."
We did find out which Status car it was in the end, as I learned what exactly happened to it. There is more to follow soon. 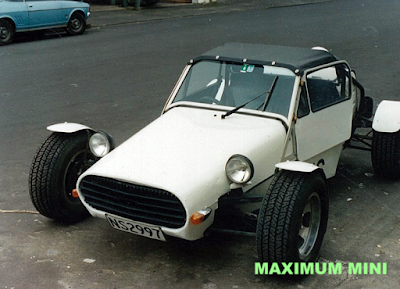 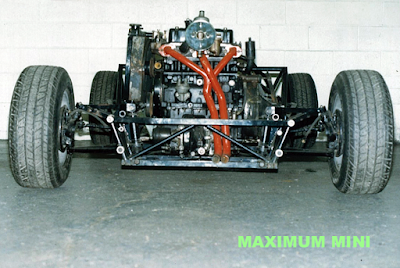 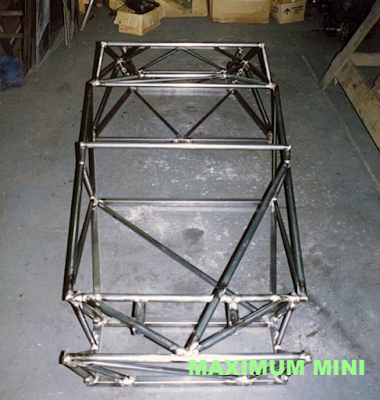 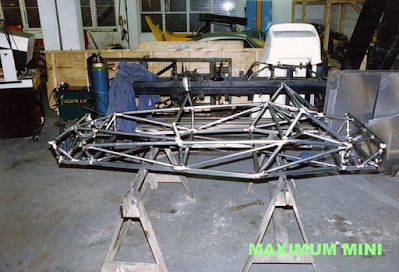 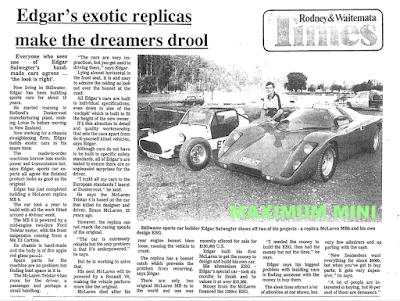 Edgar did manage to market his cars in NZ newspapers.
"I build all my cars to the European standards I learned at Donkervoort"
Picture courtesy Edgar Salwegter 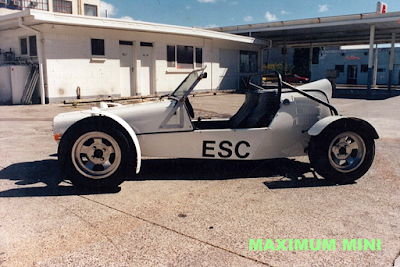