Sue Willis wrote to me about her newly purchased Grantura Yak: "Hello Jeroen I am a new subscriber to your blog and wonder if you can give me any help with my new purchase of a Grantura Plastics Ventura Yak. I purchased it from a friend who is 92 and hasn't driven it for some years but it's a runner and I intend to spend the winter sorting it out properly. He needed the garage space for his mobility scooter and I happened to be in the right place at the right time!"
"There doesn't seem to be much information on the internet and it has a Q registration meaning 'indeterminate age' (as I'm sure you know). The log book gives it a date of 1988. However the chassis number is GP/YAK/011/67 - does this mean it was built in 1967? Looking forward to hearing from you. Kind regards Sue".
I had to dig into the magazine archive as the original press release that I have of the Yak is unfortunately undated. But I found that the first appearances of the car in the motoring press date back to October 1969 (The Autocar, Hot Car plus Car & Car Conversions), so I think it's safe to say the first production Yaks appeared in late 1969. So... what does that make of Sue's car? Anyone who has an idea, let me know! 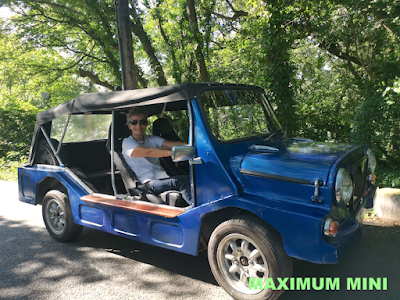 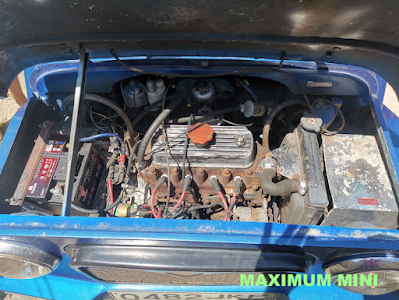 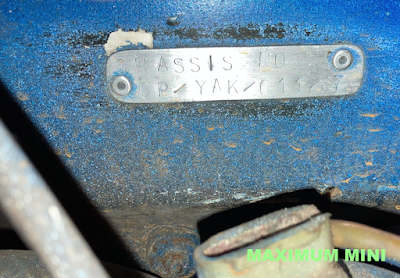 The chassis number seems to indicate it was a '67 build. But is that even possible?
Picture courtesy Sue Willis 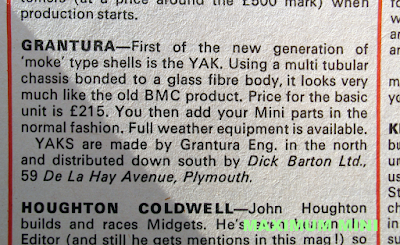