There is some great news about Cox GTMs and a Heerey GTM that I thought would combine nicely in a little news flash here.
First of all, the '67 Cox that I found in April (this one) was finally picked up by its new owner: Trevor Powell. Trevor is a much respected Mini man, who you may remember from this article about the cars built by his dad Bill Powell. Trevor told me he always fancied an early GTM and didn't hesitate when this one came along. The plan is now to turn the car into a sprint / hill climb machine but Trevor is not in a rush as he's got some exiting other projects first. He asked me if I could bring it over to Calais, which I did. I met him and his wife Melanie at a parking place close to the motor way there where we swapped the car over from one trailer to the other. They drove back home to the UK that same night and the next day he wrote: "We finally got home at 4.45am with no issues at customs etc. Very happy with the car and all the parts!" I'm very happy with that, too.
Elsewhere in the UK, Nick Wilkins, who owns the ex-Cars & Car Conversions Cox GTM racer, found another car. He wrote: "I must be mad as have just brought another GTM. This one is was on a farm clearance. All I know about it is what I could see in the pictures. Hope to collect it next week. Think you call this a barn yard find!" Certainly looks like it mate, well done to you!
Last but not least an exiting and brand new build was seen at the Stoneleigh kit car show at the stand of Hambly Sportscars Ltd., manufacturer of the Hambly Coupe (more here). I think that is a fantastic looking car and eagle eyed readers will have recognized it straight away as 'The Green Machine' (this one) in a new guise. I hope to meet up with Derek and the car in person soon. 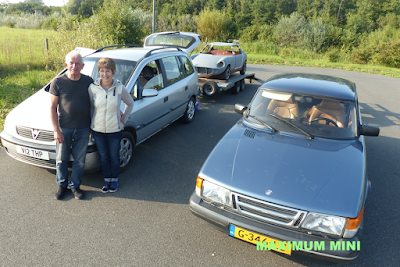 Thursday evening, on a parking place in Calais. That's Trevor and Melanie Powell. The Cox has just moved from my trailer to Trevor's and the car is now back in the UK
Picture Jeroen Booij 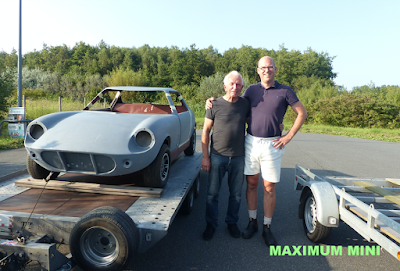 Trevor owns some great historic racing Minis, but had been looking for a Cox GTM for ages: "I've always wanted one!" he told me. It will be built into a sprint car / hill climber
Picture Melanie Powell 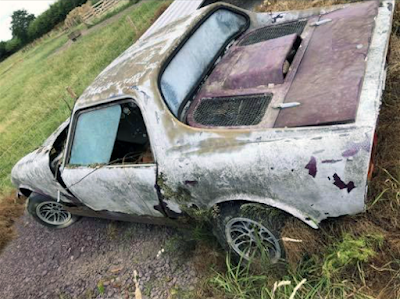 Meanwhile, Nick Wilkins, who owns the ex-Car and Car Conversions Cox GTM found this Heerey GTM in a farm clearance and picked it up
Picture courtesy Nick Wilkins 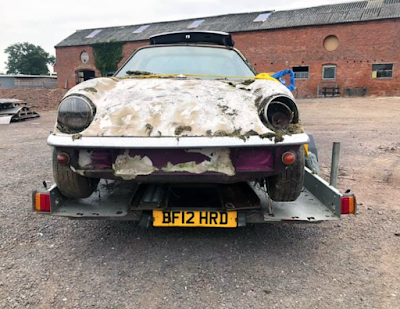 This one is a Heerey GTM 1-3 of around 1970 and it has been on the road before says Nick.
Currently there is no registration though
Picture courtesy Nick Wilkins 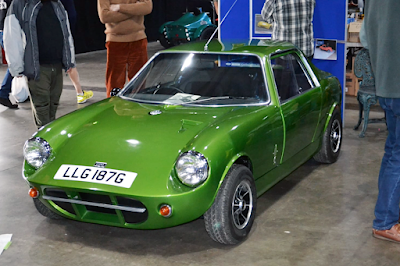 Last but not least this fantastic car was on display at the Hambly Sportscars stand at the Stoneleigh kit car show. You may recognize it as 'The Green Machine'
Picture courtesy Ferg Ranson
Geplaatst door Maximum Mini op 10:30