It's not very often that you come across a barn find Scamp six-wheeler, but two of them turned up in about a week's time. First there was the Mk2 rescued from one very rural barn by arch-Maximum Mini fan Tony Bucknall. Tony went there for another car and took the Scamp as a bonus. However, the barn was so full of stuff, he could only see the front of it. He wrote: "The Scamp I really didn’t want! And until it was dragged out I didn’t know it was a 6 wheeler! It has Cooper 'S' brakes, carbs and braided hoses. I think it was destined to be a nice build, but has been sat well over a decade."
The other car re-appearing is another Mk2 that has been seen lying in the woods for ages but is now rescued by Darren West and Mickey Bates. It's got some unusual features such as a curved windscreen and sliding doors and it looks very much deteriorated, but Darren sees a challenge in that. He wrote on Facebook: "We hope to get it back up and running". It would be fantastic to see these cars being brought back to life!
UPDATE 16:00: John Keith Halliday writes: "Hi Jeroen. Just read your article on the six-wheelers. The second one looks like a Mk1. You can see rear subframes and the sides look lower than a Mk2 (although difficult to see sides with the sliding door open). Thank you for all your articles. Keep up the good work. All the best." Thank you John, I think you are right! 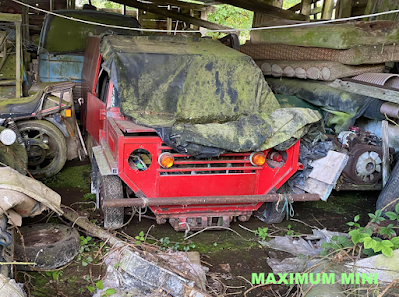 Tony found another Scamp: "But until it was dragged out I didn’t know it was a 6-wheeler!"
Picture Tony Bucknall 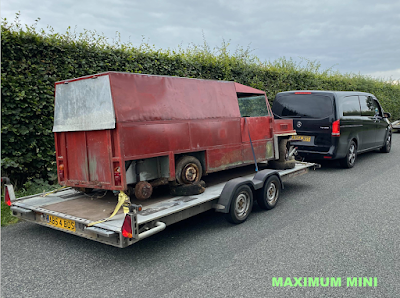 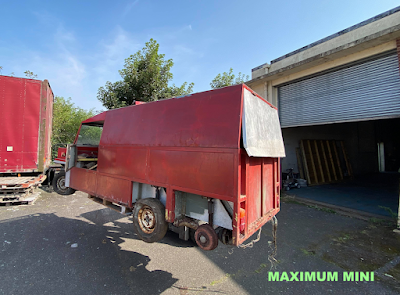 The Scamp six-wheeler will join Tony's collection of Mini based cars. He has quite a few!
Picture Tony Bucknall 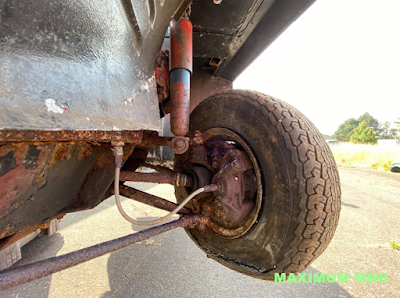 "It has Cooper 'S' brakes, carbs and braided hoses. I think it was destined to be a nice build"
Picture Tony Bucknall 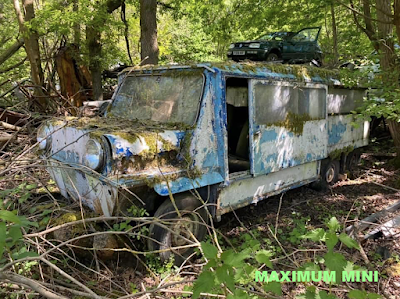 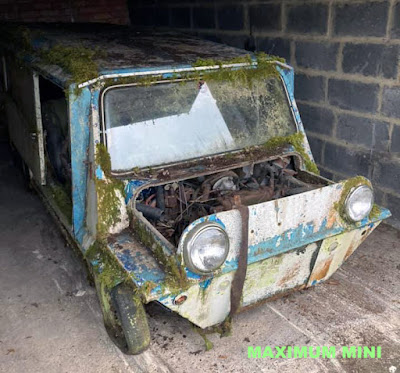 But the car has now been rescued also, this time by Darren West and Mickey Bates
Picture Darren West 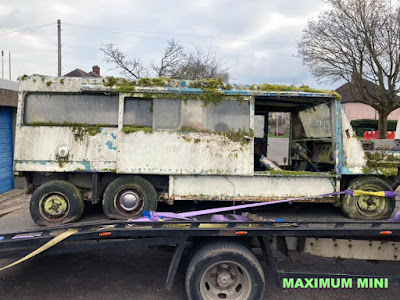 Another challenging restoration but Darren wrote: "We hope to get it back up and running"
Picture Darren West
Geplaatst door Maximum Mini op 15:04