You may have heard of Derek Hambly who revived the good old GTM as the Hambly Coupe in 2016 as a retirement project and who'd built a number of cars since (more here). Latest is a stunning reincarnation of 'LLG 187G', which may be better known as The Green Mean Machine to you, or the very first car built by Howard Heerey back in 1969 (more here).

When I saw a picture of the car at the Stoneleigh show at the end of August I knew I wanted to see it in the flesh, so it was good to be over in the UK once again last week. Derek and his little team were happy to have me and show me around, take lots of pictures of their latest car and have a cup of tea. Thank you guys! I will write a more comprehensive article about Hambly Cars and 'LLG' later. 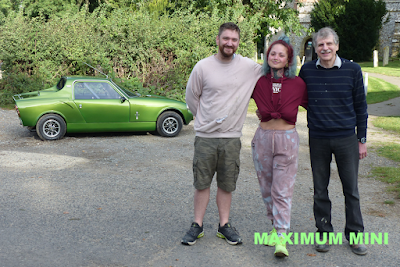 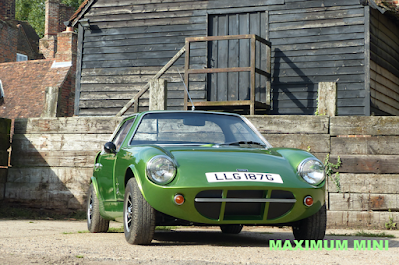 The Green Mean Machine is back now, thanks to Derek Hambly and his team
Picture Jeroen Booij 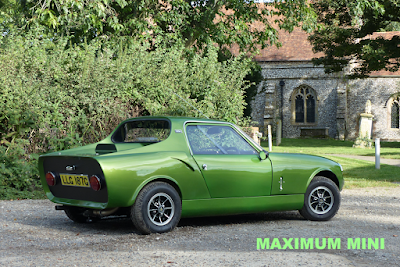 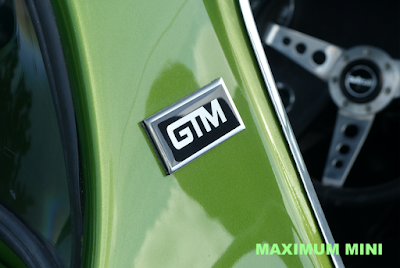 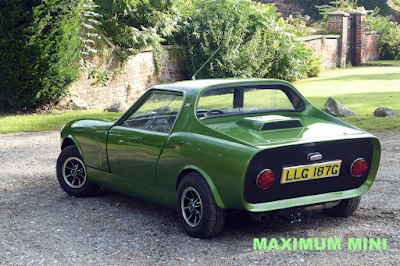 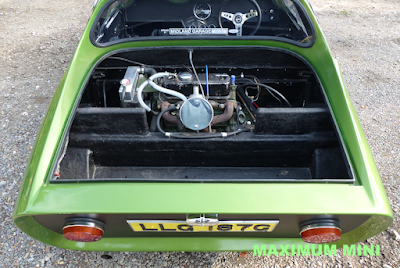 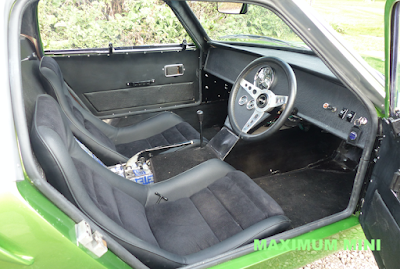 Interior looks great, too, in all its simplicity and period correct-ness
Picture Jeroen Booij 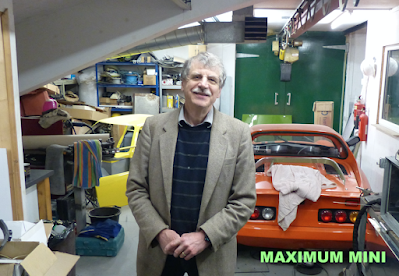 Derek Hambly in his workshop. He and his little team do and make just about anything themselves
Picture Jeroen Booij 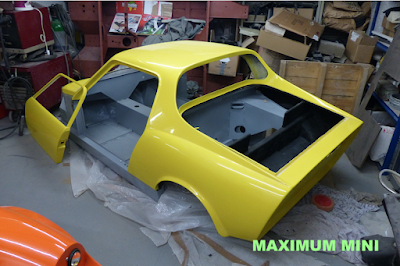 Another early car that is now ready to be built. Note original chassis behind it
Picture Jeroen Booij 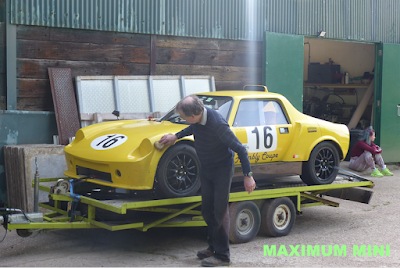 Derek had just come from the local circuit of Brands Hatch where he'd been racing his own car
Picture Jeroen Booij
Geplaatst door Maximum Mini op 11:22