It's been a while since I saw the television series of The Prisoner but Patrick McGoohan, as Number 6, made a crushing impression in his dark blue jacket with white edging driving a Lotus Seven. And then there was the groovy title song, the setting of the village (Portmeirion, Wales) and the funky Mini Mokes being used as taxis that seemed to go nowhere except for the village square. You may not qualify them as Mini derivatives, but in fact they are said to have been modified by Bill Wood and Les Pickett of Wood & Pickett fame. Yup, they were the guys who coachbuilt Minis with Mercedes Pullman headlights, onboard telephones and burr walnut headlinings.

Four Prisoner Mokes are said to have been built and only one of them (registration CFC 916C) appeared to have survived in the hands of a Prisoner fan. So what a surprise to learn that another Prisoner Moke just came to the light in The Netherlands!

The car, registration HLT 709C - the number can be seen briefly in one ofthe episodes - has not been used for decades and comes with many of the original items such as the Surrey top, rear spats and even the penny farthing decal on its bonnet. Despite perhaps not being a proper Mini derivative I'd say (after last year's miracle) this is definitely a contender for best find of this year.

Update 27 June: Just went to have a look at the car and it certainly looks as if it is the real thing. More to follow. 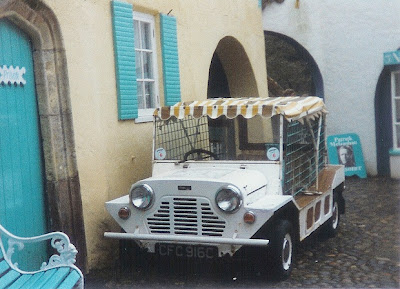 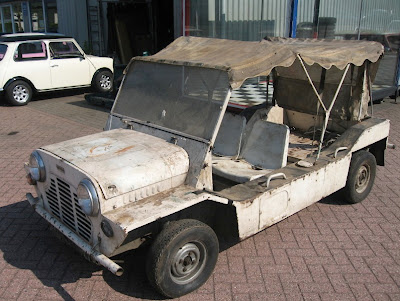 ...until this one came to the light in The Netherlands. Surrey top seems original 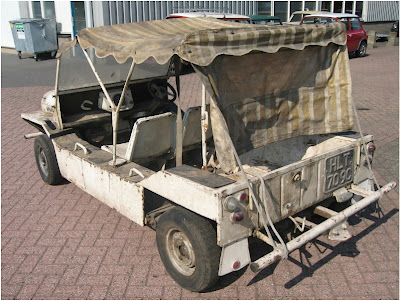