Another great Maya GT related message arrived here. This time from Scott Barrett of Brighton. Scott writes: "Hi Jeroen. Thought I'd drop you a line to let you know about a short film that was recently brought to my attention entitled 'Motor Sport tries Motorail', dating from 1968. This film is featured on the dvd 'British Transport Films volume Seven' and comprises a short documentary about the 'Motorail' service that was running in the UK at that time, in which private cars could be transported by train between various locations throughout the country. The documentary follows a selection of cars being transported to a hillclimb and autotest event and ends with some footage of various cars being put through their paces. Included in the footage are not one, but two interesting Mini derivatives. Firstly Morris Bishop's MoBi-One" (more about that later). "Also shown, but not in as much detail, is the Camber/ Maya GT HPN 14D. I know the history of this car is somewhat sketchy (indeed it is - read about its history here and about it's survival here - JB) so it was nice to see it in colour, having received it's Maya nose-job but not yet having the ugly sunroof fitted. As the film can be conclusively dated to early May, 1968 now you know how early on it received this first lot of modifications. I've attached a set of screenshots of the two cars that you might be interested in. They were taken by another user on a forum I frequent and he has given permission for you to use them on your blog or however you'd like (see it here). Anyway, hope this is interesting for you, I know it was for me!" Thank you very much Scott, I have immediately ordered the dvd! Want it, too? Buy it here. 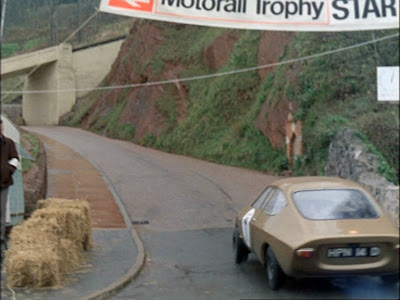 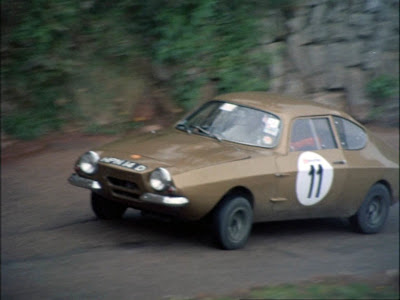 'HPN 14D' appears to have had several guises. This must be its original appearance 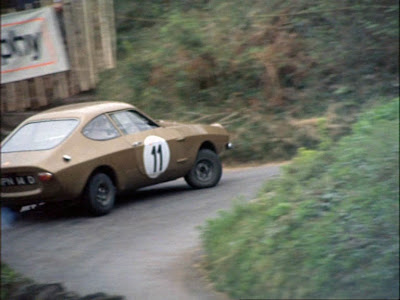 "The track went from the beach alongside the cliff railway. It is very narrow and bumpy"
Geplaatst door Maximum Mini op 08:53