The name, date and even the venue where this Mystery Mini derivative was unveiled are known, but still then, most about the car in the blurry pic below remains shrouded in mystery. It was built as a project for the 'BP Buildacar Competition' of 1974 and named Phoenix. The caption reads: "Also mid-engined and Mini-based this neat design was all-steel monocoque. Note Avenger boot lid!" But that's it. Is there anyone out there who knows more about it? 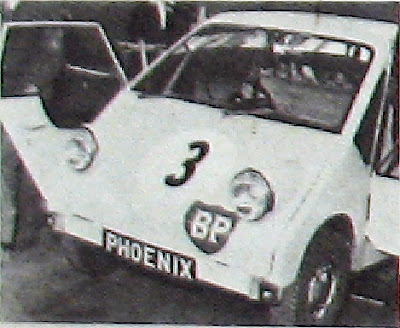 It's Mini based and appears to be named Phoenix, but that's about it
Picture courtesy Hot Car magazine