There is a great book about three-wheelers simply titled 'Three-wheelers', by Chris Rees and it describes a multitude of obscure 3-wheeled contraptions of which quite a few are Mini based. However, you won't find this one in it. It could be a one-off, but then the body does look like it was made of fibreglass. Fact is that it's Mini based, as does a DVLA check reveal. Who knows more?

UPDATE 11 February 2014: maybe cracked by Three-wheeler authority Chris Rees - it could be a Saccamondo. See comment below. 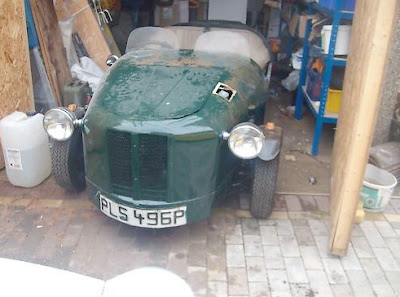 Wipe that dust off and take it for a spin. Mini based 3-wheeler looks to be fun 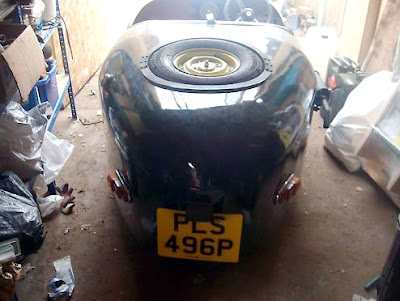