I had a funny throwback yesterday evening, browsing through old magazines when I came across an article by Richard Oakes. The designer of umpteen kit cars (here speaks a fan) used to have a column in Alternative Cars sketching ideas for future models, some so clever you ask yourself why noone actually went on to turn them into reality. One of the sketches in the column I came across fell into that category, it was for a Mini based estate car. Just about the simplest design possible with no frills to turn a rotten Mini into something really practical. "Fibreglass Mini hatchback uses most of the original hardware", wrote Oakes. It was dated November 1981. Exactly 30 years ago now that I think of it.

Anyway: last winter I interviewed Paul Haussauer about the Phoenix Estate he designed and built back in the eighties. Paul, an ex-Lotus engineer, was a very nice bloke with some great stories to tell, who handed me over the full production sheet of the 63 (!) Phoenixes built. The first time I ever came across detailed production figures! But with the Oakes' sketch in mind now, I wondered when he built the very first, and took out the paperwork. There it was: the prototype, based on a modified Mini Van, was dated 1981, while the first production cars came in 1982. Coincidence? Could be. I'll give Paul a ring soon to ask. By the way: if you'd like a brand new and unbuilt Phoenix shell, see the for sale section of this blog (click here), where one appears since yesterday.

Another practical Mini based estate was the Minus Maxi, designed and built by Keith Lain - another ex-Lotus man. It was conceived a few years later, and I don't think many were built. Not too long ago a Maxi was offered for sale, but I forgot to get in touch with the seller. Perhaps any of you guys did, as I'd like to take some pictures of this rare vehicle... 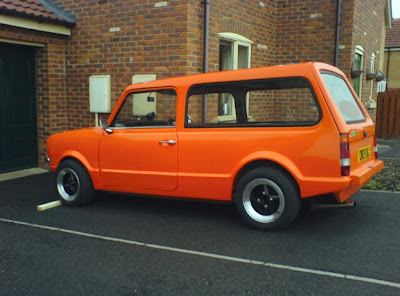 That's pretty much it! Phoenix Estate followed shortly after Oakes' impression
A brand new and unused shell (winter project?) is for sale here 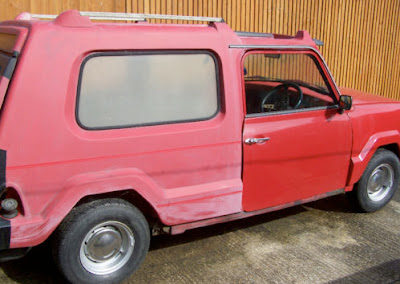 Blast! We ran out of polish! Keith Lain designed Minus Maxi estate is rare
Who knows where this one (reg. YHH 459K) - or another - is?