At first I thought the car below was a Siva buggy, but when I looked better I noticed it was completely different. With a more straightforwards chassis and much different body. A DIY project? I don't think so. 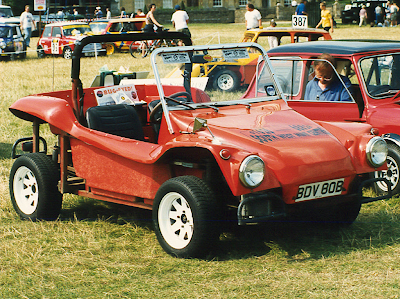 Not a Siva, but surely a Mini based beach buggy too
Then I came across another picture of a similar car and knew for sure: this was another Mini based beach buggy that was sold in some sort of numbers. But who did it? And where? And what was it called? I noticed the registrations are very close, but I'm not sure what that could imply. Were they based on brand new Minis? That seems incredible. I found that the top car was featured in Mini magazine back in 1997 but unfortunately do not have the issue that it was feautured in. Naturally I have asked the guys there to look it up. But meanwhile you may be able to tell more... 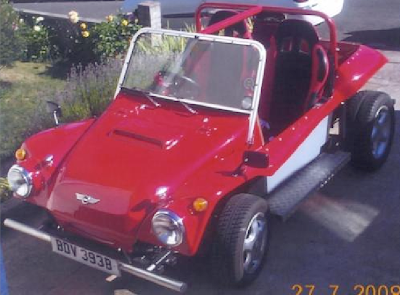