Last Summer I stumbled upon one very nice and rather unique Hustler Six for sale in sunny Italy (see it here). This time I was tipped off about one in county Durham for considerably less. Perhaps not so glamourous, but in fact you could even make money with this one as it has been professionally converted into an ice cream van. And it's not on its own. In fact I have seen more Hustler Sixes that were converted in mobile ice cream vending machines, although it has to be said that this 1985 example looks like the best I ever came across. According to its seller it was built in a series of seven and comes with four-lid freezer and hand wash sinks plus ample space for shelving pop, sweets and crisps, too. Click here to make him an offer and you will definitely be a huge hit with the kids this Summer. 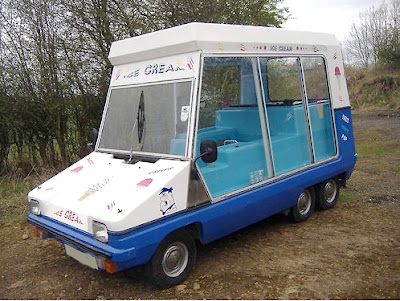 Hustler Six is registered as a 'Vendavan' and nicely converted into ice cream van. It's for sale
Picture courtesy eBay 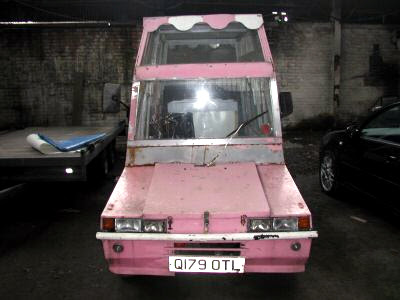 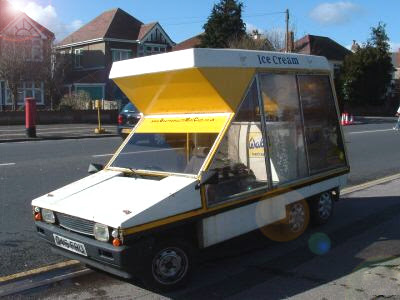 An extra big roof on this one, that was to be found on eBay about a year ago
Picture courtesy eBay 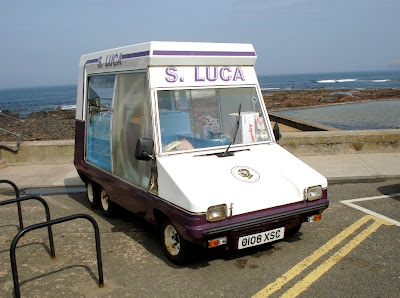 Another Vendavan that's still in use on the Scottish east coast, see it here!
Picture courtesy autoshite.com 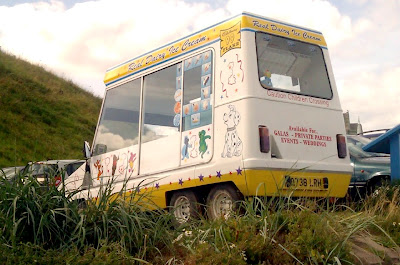 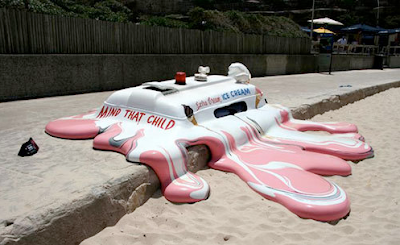 You do have to be careful with these sweet little machines though...
Picture courtesy flickr.com