How about a good story for Easter, full of mystery, intrigue and the ever lasting hope of resurrection?
You may know the Urban Legends series published at these pages, all about rare Mini derivatives of which not much is known about their survival. They are all intriguing in their own way. But the biggest mystery of them all may be the Mini Marcos that became 15th overall at Le Mans in 1966. Not just because of its heroic finish as the only British car at that year's endurance race in between all sorts of big Fords and Ferraris (full story here). No, mostly because of its mysterious disappearance afterwards (more here). It got stolen, or so it is believed. Not right after the race as most sources mention, but much later on. In 1975, according to French Mini historian Enguerrand Lecesne. Lecesne wrote a book about French Minis in racing ('Mini Cooper S de la série à la compétition'), including a full chapter about the French entered Mini Marcos. A must-read if you ask me. 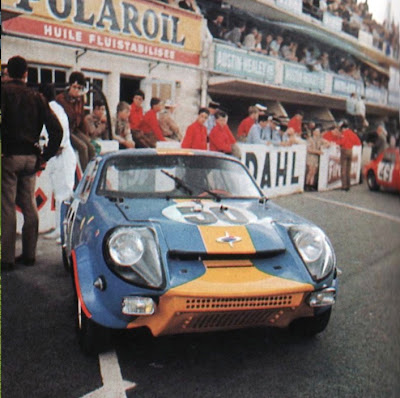 Well. Lecesne has been searching for the car for way too many years now. All to no avail so far, although he did manage to trace down much of its history. According to him it was raced again in 1967 at the 1000 kilometres de Paris at the famous Montlhery track; hill climbed in Corsica in 1968 and later on rallied near Nice with a new owner, who took out the big radiator that was fitted originally to the car. It was sold again in 1973 to Michel Tasset in Paris who changed the car's colour from its famous sky blue to maroon. But then it happens and the car gets stolen in the autumn of 1975. By that time it had had five owner of which monsieur Giraud, a sponsor of Le Mans entrant Jean-Claude Hrubon, was the first. After him followed msr. Asse; mrs. Albertini and mrs. Mercier, before Tasset took it over.

Trouble was that pictures of the car's later life were very scarce. I'd never seen any until last week when 4 images of it, dating from Tasset's ownership, were unearthed by Lecesne. Two were taken very shortly before it got stolen and by now they appear to be the last trace known of this fascinating little car. The images can be seen here. Not only Enguerrand Lecesne has been looking for this little racer with its chequered history for years now. Michel Tasset has been doing the same thing since it was stolen from him on that fatefull day, some 37 years ago now. Wouldn't it be almost as heroic as the car's Le Mans finish if they would ever succeed in finding it again? 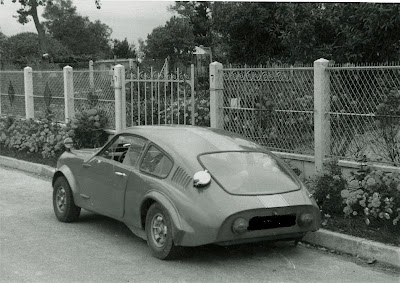 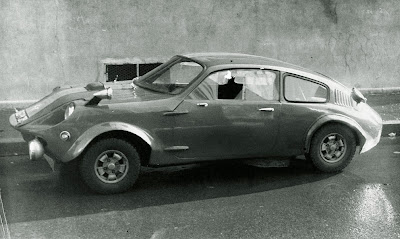 Mirror and foggies were added later on. This clearly is the 1966 Le Mans Mini Marcos, though
Picture courtesy Michel Tasset, through E. Lecesne 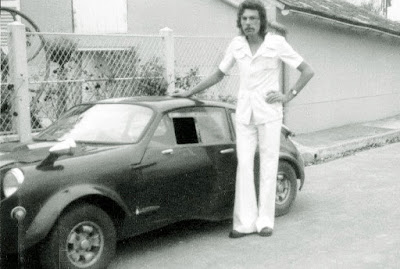