I've had several messages about yesterday's Wood & Pickett Mini Margrave Elite (click here) that was on show in Paris in 1978. According to some the car was metallic blue with a blue vinyl roof and blue interior, which made me dig up some more pictures. In fact, W&P showed one such car in their late 1970s publicity material that definitely looks like it. It comes with yellow headlight bulbs, too, which may say something about its French background. The only thing different are the wheels. I also came across one photograph of a Wood & Piockett interior in blue velvet (or 'dralon'), being rather incredibly oppulent and even more incredibly blue. It's from a left hand drive automatic car and could well be the show car again. Question remains if it survives. According to Danish W&P owner Jens Christian Lillelund it doesn't. He wrote: "The Paris show car is scrapped. I had a mail from a guy who said he owned a Margrave dash, and some W&P parts with "Paris show car" written on the back." But what happened to the rest of it? 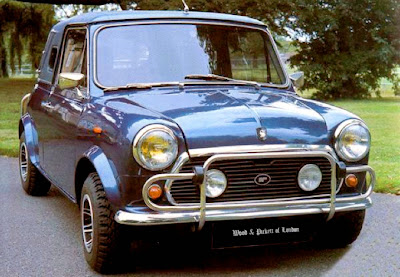 Could this Wood & Pickett brochure car also be the 1978 Paris show car? 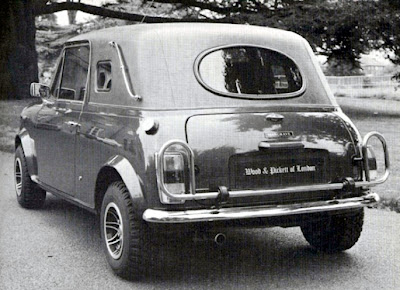 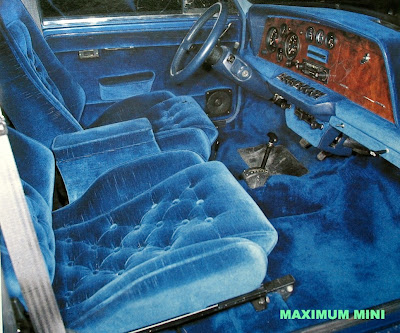 Same car? Wood & Pickett interior is incredibly oppulent. Yes, I tought of this, too!