When an estate version of a sports car may be called a shooting brake, there are a few Mini derivative shooting brakes in existance. I am not kidding you. In fact, I just found a brochure for one such car: the McIvoy. That is, of course, an estate version of the McCoy! It was built by Birchall Automotive and later by NG Wynes Glassfibre from 1986-on. And, yes, it may have been more of a work horse then a glamour wagon but I do quite like it. Hey, at least it's different!

They sold for £2,495 (or at least offered for sale at that price), which was a lot more money then the McCoy coupe which was initially available as a kit from £1.175, later £1.795 and later again £1.950. But, boy, did they have to make a brand new set of moulds for it. Or at least for its rear. And its doors, as these are different, too.
I have no idea how many were ever built but there cannot be too many of these around as I have never ever seen one. The A-Z of Kit Cars thinks there may have been 5, but I doubt it. Dave White of the McCoy Owners Club (really! click here) told me years ago he knew of one (see it here). Could that be the sole survivor? 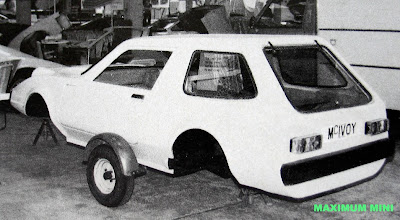 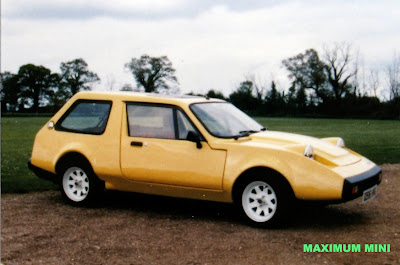 And that's the finished thing, as shown in Birchall Automotive's brochure 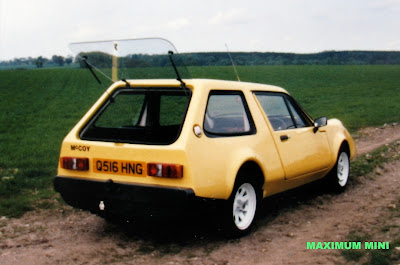 A shooting brake? At least the typical Norfolk backdrop suggests so for McIvoy 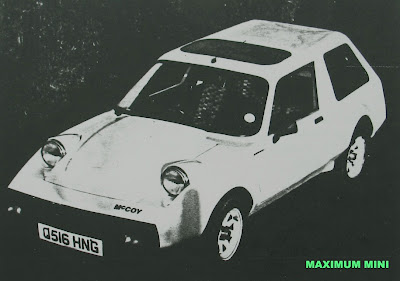 Same car again, I can't remember the source. Note that logo says it's a McCoy

This comes from a later ad by NG Wynes. Skirts suggest this is another car?