When I posted about the McIvoy - a 'shooting brake' version of the McCoy - a while ago, I had a whole lot of responses (click), including one from a former Birchall Automotive employee who built these cars. Last in the line came from Mike Allen, who spotted a McIvoy last week in Bollington, Cheshire. And Mike was smart enough to take some pictures, too. He wrote: "She’s in a sorry looking state but actually one that wouldn’t take a lot to put right. The shell looks sound and little crazing that I could see, just ingrained dirt. From the McCoy owners club, it looks like this originally had white doors and bonnet (not easy to make out the reg but it looks the same) and then used to tow either a caravan or camping trailer with a roof box! Couldn’t believe it when I saw it, had to go back home and get my camera! How many left? One, two? Can’t be many. I’ve only ever seen one before and that was at either a kit car show or meet, I can’t remember now. Any idea whether the body moulds still exist? Cheers, Mike." I have no idea, but as the subject proves popular somebody else may know... 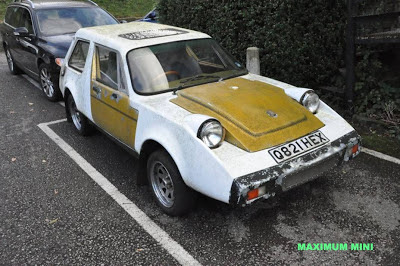 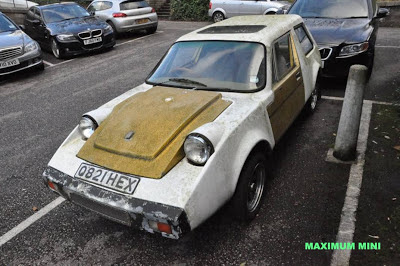 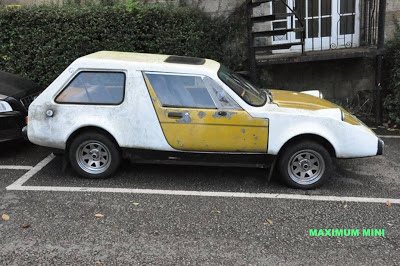 Oh yes. Beauty is in the eye of the beholder. But this car could be unique
Picture courtesy Mike Allen