You know I have a soft spot for tacky old movies, especially when a Mini derivative is squeezed in it somewhere. There's the Quasar Unipower in this French flick, and the Unipower GT in this Spanish one. You may also remember the Mini Moke based creature in 'Journey to the Far Side of the Moon'. Now, last week, I learnt about another hevily modified Moke that made it to the silver screen. The movie in question is called 'Salt & Pepper' and is of 1968-vintage. It's a James Bond parody with Sammy Davis Jr. and Peter Lawford as secret agents, and appears to be very tacky indeed. Instead of a Lotus Esprit submarine, taking a dive into the Atlantic Ocean, they use an 'amphibious' Mini Moke to splash into the river Thames - see the trailer below. We know where Davis and Lawford ended, but how about this weird Moke with all its '60s accessories? Could it still be on the bottom of the river? 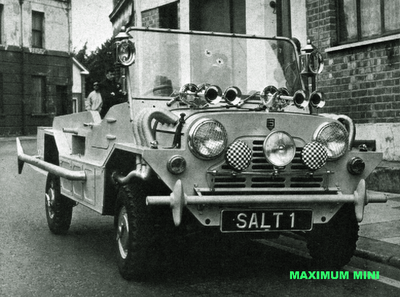 'SALT 1' is a 'bullet proof' and 'amphibious' Mini Moke. It surely is heavily modified
Picture via Pete Flanagan 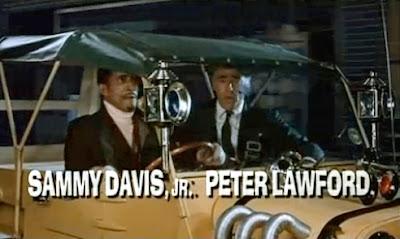 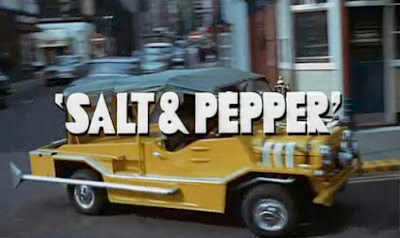 Seen here in the streets of London before it makes a splash in the river Thames
Picture courtesy youtube.com


Definitely one of the tackier late 1960's cult movies. But does the Moke survive?