Now this could be a nice Christmas present. A fully restored 1969 Wood & Pickett Mini Margrave, originally based on a Mk2 Cooper 'S' and in a lovely deep blue colour, too. It is said to have been sold through Stewart & Ardern and has been owned from 1973-on by a man in the music trade. He supposedly transported people from the Small Faces and Humble Pie in it, while it was later sold to a chap of Moody Blues and later Wings fame. No suprise then that it comes with an 8-track stereo system with 16 tapes. Oh, and a Rolls Royce cigarette lighter. It's estimated to make £27,500-35,000 and will be auctioned on 18 December. See the auctioneers full description here 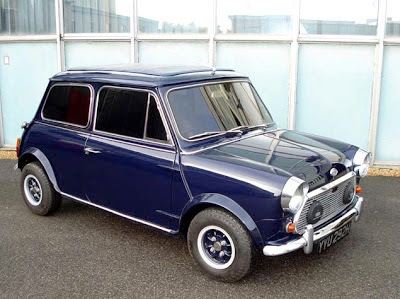 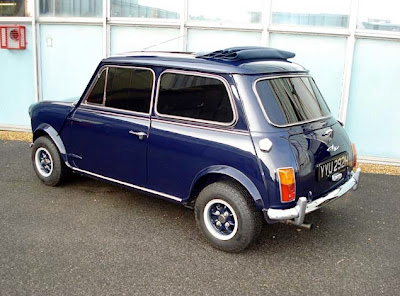 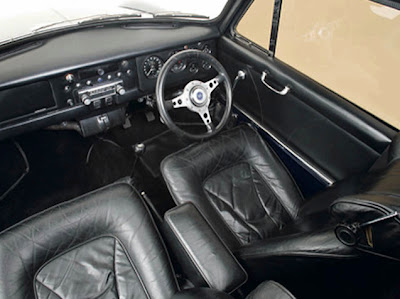 Music stars have set here. But no one could ever see them through the tinted glass
Picture courtesy Barons auctioneers