Care for some historical background? Then take a deep breathe for the story of another one of the four Fletcher GTs that were supposedly built. We've seen one with an Ogle front and a Fletcher rear last month (click here if not), so how about one with an Ogle rear and a Fletcher front? That is exactly what this funky green machine appears to be, hence its nick name 'Flogle'. The car was bought by the current owner in 2005, with a 1970 registration and not too much of its early history known. However, the chap in question was determined to find out how his car came about. And not without succes.

With chassis number 'FO 1 8 66' it seemed like it could be the first car built (Fletcher Ogle number 1, August 1966). If indeed the first car built it also seems to make sense that this would also be the car that was entered in several races by Norman Fletcher. And so next call was to find more evidence about these. And he succeeded again. Our man got hold of a stack of first class pictures that were taken during the Nurburgring 500kms in 1966; one of the races in which the original Harry Ratcliffe tuned 1293 Cooper 'S' powered Fletcher GT was entered. The car was raced by John Handley, who'd previously raced for Team Broadspeed. These pictures, however, showed a car that looked nearly identical to an Ogle SX1000, so with the classic Ogle styled front. There were some modifications though. Some of these included the fitting of three round rear lights rather then one cluster plus a hood and roof scoop. When the owner took off the rear light clusters of his car, three round holes came to the light. And there was also evidence of a modified bonnet and roof, as a roll bar had clearly been fitted. The later registration seemed also very plausible as the car had been campaigned on the racing track for several seasons. Great sleuthing work!

But why the revised nose section? This remains one of the main questions here. Two theories seem plausible. In the first place the race car was damaged at the front during a later race at Silverstone. Perhaps Norman Fletcher decided not just to repair it, but modify it, too. The second thought is that he wanted to modify the design of the car anyway and started with this one. All other Fletcher GTs have the modified rear following the Racing car Show of 1967. I believe this last to be the most plausible theorie, also adding to the prototype-value of this ex-racing car! 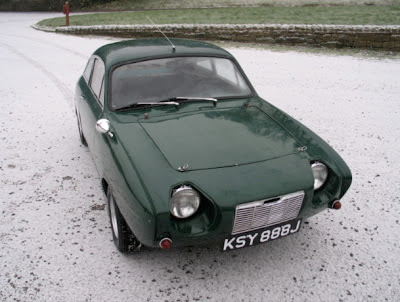 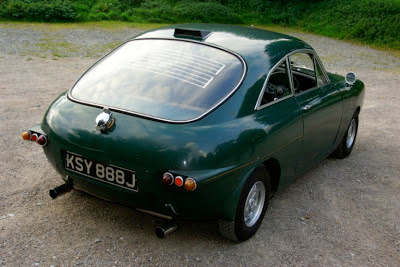 But that's clearly an Ogle SX1000 rear with just some modifications, isn't it?
Picture Kiain Ballogh 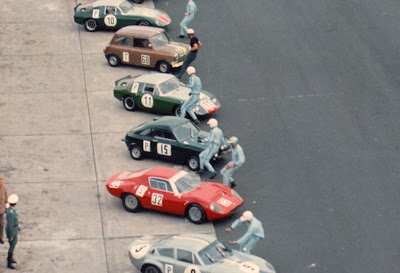 Detail of a superb shot of the '66 Nurburgring 500kms race start. Fletcher is in the middle
Picture courtesy Paul Ogle 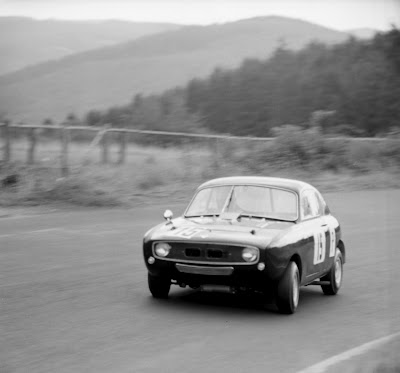 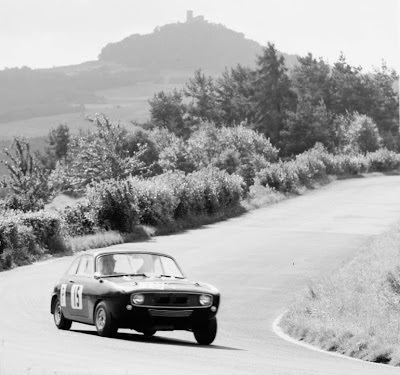 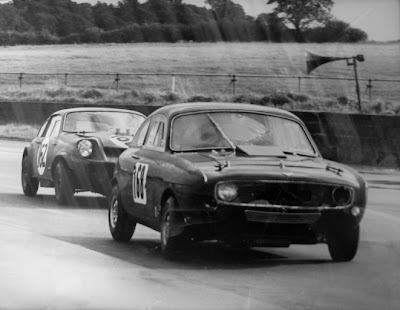 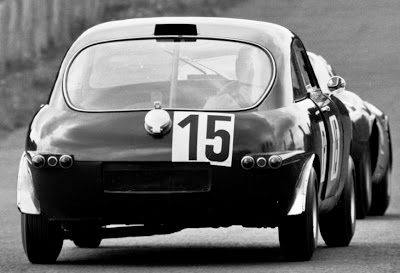