I've been writing about some Broadspeed conversions in Australia lately, and to my delight I received a message from Jono Morris, who'd read it, too. Jono bought the original Broadspeed GTS that was built by Brian Foley in Australia and was dubbed 'Australias fastest Mini' for several years in the late 1960s. (a replica of it is still for sale). Jono is a huge Mini enthusiast and is currently restoring the Aussie GTS. And while stripping its body he came across several layers of history.

He wrote: "I had the front panel replaced and as you can see it is painted in etch primer. The door skins which are thin alloy were straightened out and etch primed at the same time. Back at my factory, I undertook an archaeological dig, and carefully sanded away layers of paint to see if I could find any of the original green. You can see that there was a layer of white gelcoat over the fiber glass then grey undercoat and the Castrol racing green that the car was raced in, then when Brian Foley sold it, it was painted white (a layer of grey under coat below), then yellow, then black, then yellow again, black again, then purple, then undercoat, light blue, undercoat and the current green. So it has had a few paint jobs over the years! At least I have found enough of the original green to get a good colour match. I think I will keep these patches under the tail lights as they are, and fit the tail lights over so that I don’t lose the original colour and the layers that show its history."

Jono is in touch with the car's builder Brian Foley, too: "I am yet to show him the restoration, but I will certainly be showing him the finished article and asking him to take it for a drive. Foley lives down south a fair way but Bill Buckle (of Buckle Monaco-fame-JB) lives very close to me, and I cross paths with him quite often as we share more common interests. He is a great bloke and dropped into my work today to show me his new addition to the back of his transporter that he uses to take his Gogomobile Dart to the shows. He also came in to inspect the progress on the Broadspeed. He was interested to look at how he dealt with his conversion compared to the Broadspeed!"
Thanks Jono for that, there's more to follow soon, so keep an eye on these pages. 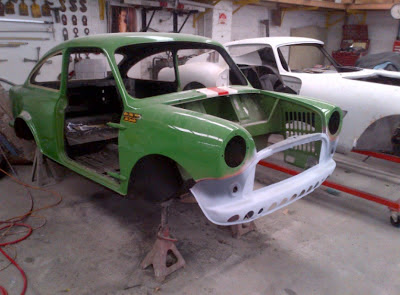 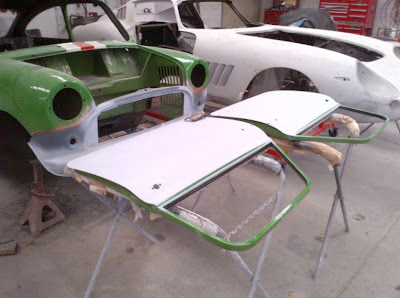 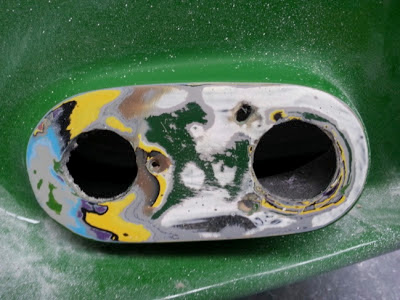 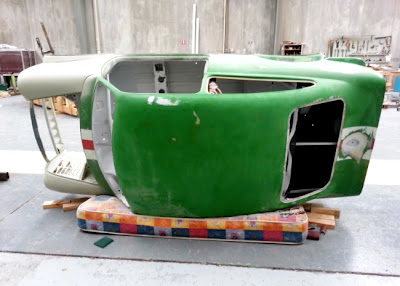 Sideways to victory... Jono is eager to retain as much of the car's origins as possible
Picture courtsy Jono Morris