The car on the picture below is of course a Peel Viking Sport GT, sometimes also refered to as Viking Mini Sport or Viking Minisport GT. The thing is that it is one of supposedly five that were built up in The Netherlands by the Konst brothers between 1967 and 1968. Last week I came across more information about these cars, among which brochures and a few pictures. Question is: do any of these cars survive? Unfortunately the Konst brothers have lost touch with the cars and their owners but rumour has it that at least one of the cars still exists. Who knows more..? 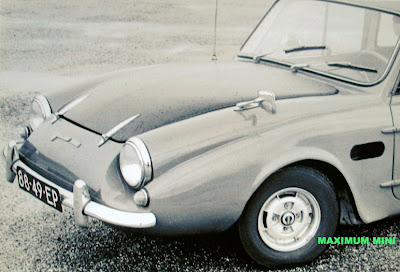