A unique Mini based racing car made it to the market: the Terrapin 5/SR that was also featured in Allan Staniforth's original 'High Speed Low Cost' book. Commissioned in 1970 by German architect Chris Cramer to contest the British leaders hill climb championship, the car was built as a two-seater with left hand drive steering 'to ease gear linkage problems'. It was raced by Cramer and Brit Terry Sims. Apart from numerous class records in period it is also believed to have been a factory supported demonstrator for Allard, who were the UK agents for Wade-superchargers.

According to the seller the racer is kept as original as possible, but has undergone an extensive 3-year restoration, with many many new parts including complete replacement of hydraulic braking system and fully rebuilt A-series engine and gearbox to extremely high spec. See the ad on Carandclassic here. 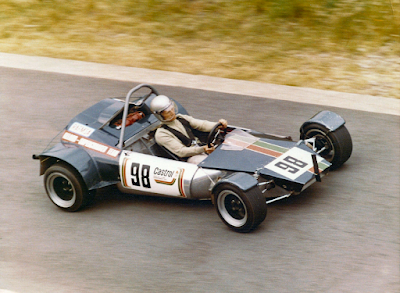 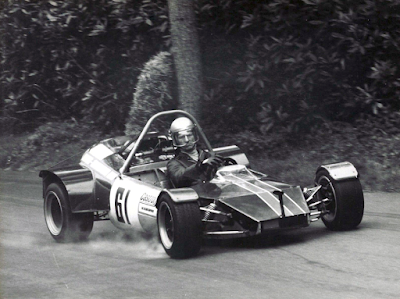 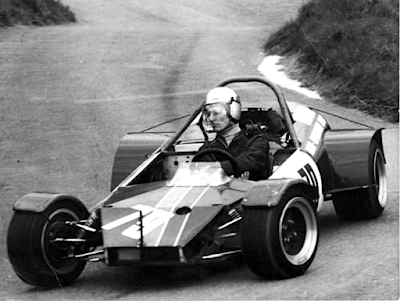 Terry Sims behind the wheel, supposedly in 1974. The car did see further modifications
Picture courtesy carsandclassic 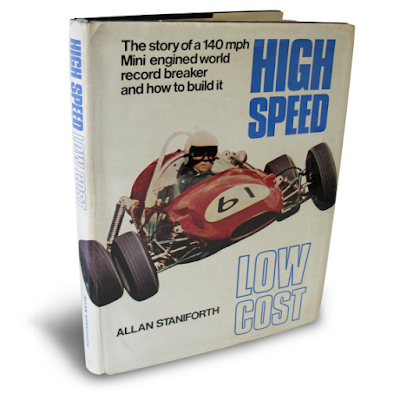 The car is mentioned in Allan Staniforth's classic book. Drawings for the Mk5/SR were for sale
Picture Jeroen Booij 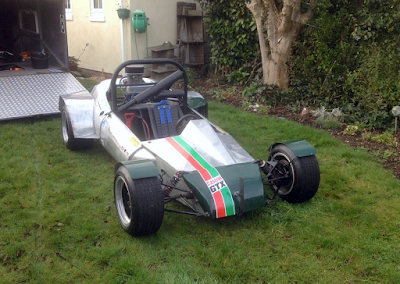 This is the Terrapin Mk5/SR how it looks today. Seller states it is kept as original as possible
Picture courtesy carsandclassic 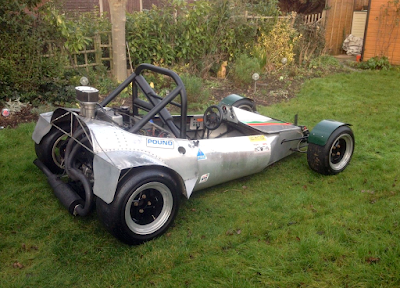