It was a long time since any news was heard from the red and silver Unipower GT (chassis number 4) that was previously owned by Simon Lee of Salisbury, who was the chief engineer at Janspeed at the time in the 1980s when he owned it. Lee fully restored the car and sold it in 1987. It went to a mister Suzuki in Tokyo but that's where the trace ended. However, it was snapped yesterday by Danny van Giel in the workshop of a Mini specialist in Osaka.

Originally, the car was sold in October 1966 to a well-known London silversmith and it was white in colour. Four more owners and three more paint jobs followed before the car ended up with Simon Lee. From an article about the restoration: "Originally he had hoped a weekend's work would make the Unipower roadworthy but a brief scrutiny of what was a pile of jumble spread around his front garden told him this was not to be." A very thorough restoration followed. Meanwhile, more than 30 years have passed, but the car still looks very keen. Thanks for the pictures Danny! 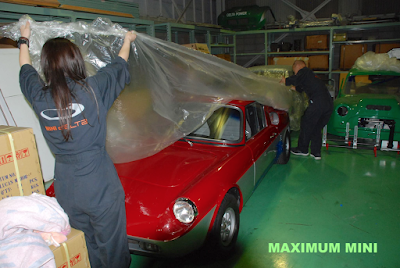 Voila! Unipower number 4 is unveiled in Osaka, looking unchanged to when it went to Japan in 1987
Picture Danny van Giel 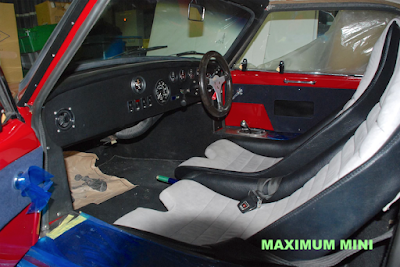 The car was fully restored by Simon Lee in 1980s, who was chief engineer at Janspeed at the time
Picture Danny van Giel 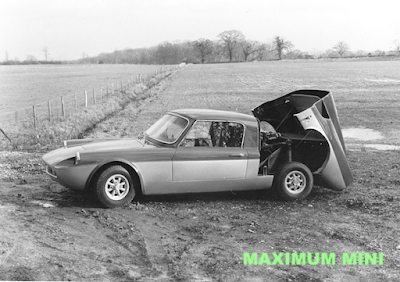 This photo was taken just after the restoration was finished. Engine is a highly tuned 998 Cooper
Picture Jeroen Booij archive 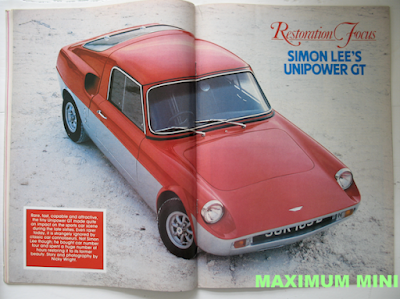 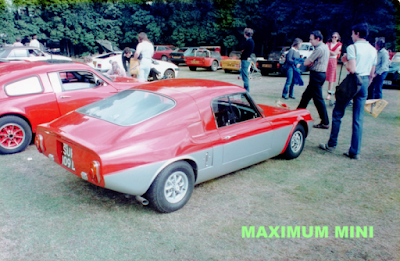 As seen on a show at Hindhead in the mid-1980s. 'SUR 109D' is the car's original registration
Picture Tim Carpenter