Thought Minis and Midgets were small cars? Think again. The picture below - taken from The Motor magazine - shows that a Unipower GT is in fact quite a lot smaller. Lower at least! I've added another trio of Unipower photos from the files that show one of the earliest cars made at the factory premises, where it is parked alongside a Ford Cortina. Compared to contemporary saloon cars that's a small vehicle these days... I would love to see one next to a GT40.

Jammed in between the two babies of the car scene, the Unipower still stands out!
Picture The Motor magazine 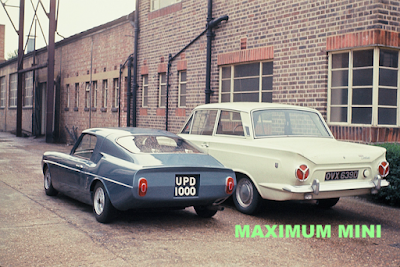 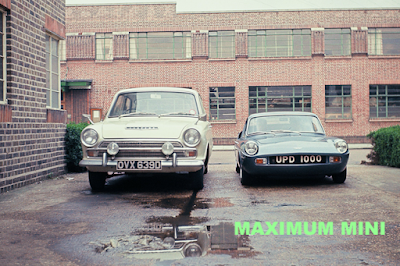 These photos were taken at the car's factory in Perivale, a place that's virtually unchanged
Picture Jeroen Booij archive 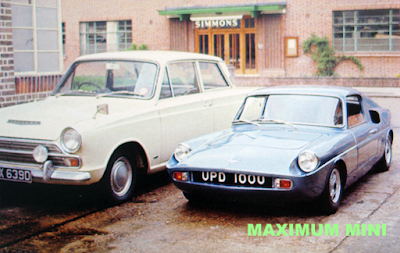 'UPD 1000' was a fake number used for publicity shots. Whereabouts of this car are unknown
Picture Jeroen Booij archive