Time for another update on the Le Mans Mini Marcos project. I am ever so happy with my new body builder, who is doing a fantastic job so far. After having filled a majority of the holes in the correct way and after having repaired the battery box (more here), he took a good look at the car's floors. Now, you may remember that these are rather unusual double skinned floors as used on very few Mk1 competition cars. (if not - all is revealed here).

Well, since the top skin of those floors were removed at some stage, they need new balsa core wood first and then a new top layer of matting over them. However, our handy man started to clean things up first and noticed the unusual slightly raised bands, running diagonally over both sides of the floor. He decided to cut away the top layer on one of them only to find out that they hide steel strips, topped with similar balsa wood strips before having been fiibreglassed in. And, you guessed it, the steel was in a sorry state while of the wood had turned into dust...

No problem for this super craftsman. He took out all of the corroded steel without hesitation, made new steel strips ad new balsa wood strips to measure and is ready to fibreglass these in now. He decided to have the wood lacquered before matting them in, so they will last slightly longer, but since the key to this restoration is originality it will be kept just like it was back in 1966. More to follow! 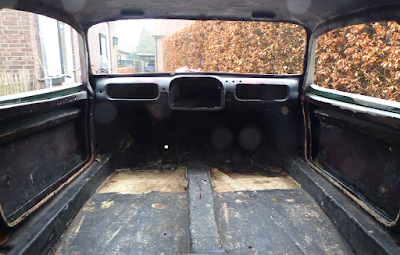 This is the car when I had just found it. Note the floors with the top skins removed. If you look good you'll also see the diagonal bands on each side of the floor
Picture Jeroen Booij 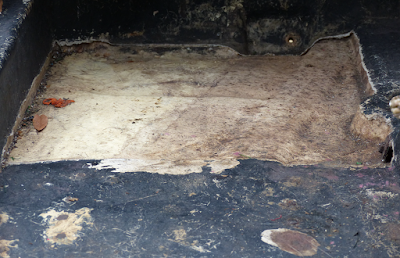 Close up of the left front footwell. Balsa wood was fitted in between the two floor layers originally
Picture Jeroen Booij 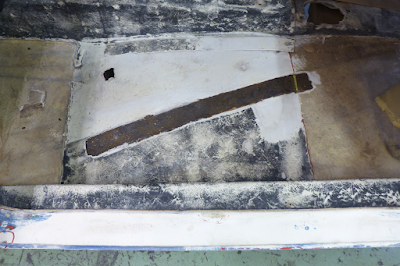 But look at that! There are steel strips 'glassed in on both sides also. And the steel was badly corroded
Picture Jeroen Booij 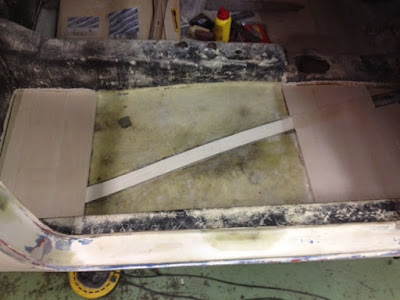 And so it was taken out, with new strips now being fitted, topped by balsa wood, just like it was
Picture Jeroen Booij archive 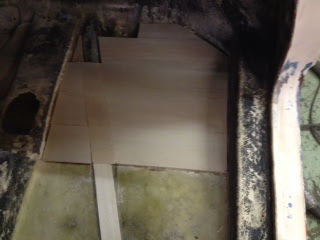 Right hand front footwell with the balsa core trial fitted. We decided to lacquer it, too
Picture Jeroen Booij archive