Michael Wignall recently posted some interesting film footage, taken by his uncle in 1967. It shows the Tamworth hill climb in New South Wales, Australia and one of the cars seen in action is a Broadspeed GT. It's great, so thank you very much Michael for sharing. Also: Bob Williamson replied to Michael's posting and said: "That is my first Broadspeed. It was one of the Brian Foley made ones, originally owned by Tom Winterbourne, then by a doctor in Goulburn and then me and I hold it to the guy who still has it." Isn't that superb either?

I also understand the Mini Din was entered in the same race too, and I'd love to find out a little more about that car also. All I know is that it was a sleek (and pretty) Special built by Trevor Meehan with its Mini engine at the back. Any more information on the black Broadspeed as well as the Mini Din is more than welcome. 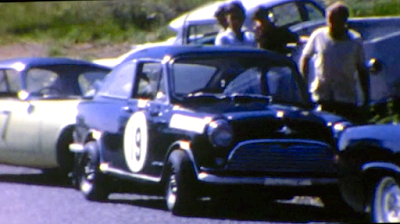 Black car is a Brian Foley car, made in Australia. I haven't seen it before
Still from Michael Wignall footage 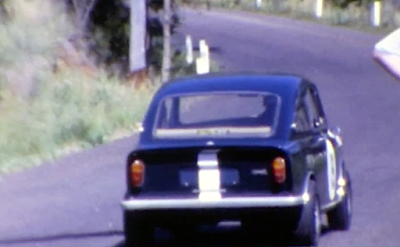 No number plates, so possibly not road registered. I would love to find out more about this car
Still from Michael Wignall footage 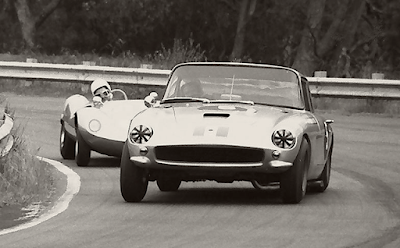 Not seen in the film footage but also raced at the same event in 1967: Trevor Meehan's Mini Din, seen here behind a TVR in another race. Who knows more about it?
UPDATE: Not a TVR but a J&S Hunter, thank you Scott!
Picture The Roaring Season