What on earth is a Rollerscamp?

Recently, I came across a Scamp brochure that I'd never seen before. And it remains a total mystery to me to this day. I have asked some people of the Scamp Owners Club for more information about it, but they all drew a blank either. The brochure clearly shows the Scamp Mk1, but it is marketed by a company named Rollerscamp (Twyford) Ltd.

They offered the car 'basic unpainted to drive away' for £495.00. But further information is scarce. The price may well suggest it was quite some later than 1969-1977 when the original Mk1 Scamp was marketed and sold by Miller Mandry. They originally offered the car as a basic kit from £115, although that price was soon raised to £175 and later once again to £240.

Perhaps the rights to manufacture the Mk1 car were sold to Rollerscamp Twyford Limited when Miller Mandry came up with the Mk2 version in 1977? And other suggestions or further informations would be more than welcome.

UPDATE 27 August 2018: Reader and Scamp owner John Halliday: "Perhaps the clue is in the text "to drive away" I would guess that Rollerscamp assembled Mandry's kit and sold it as a rolling Scamp. My scamp has been called a roller skate on many occasions..!" 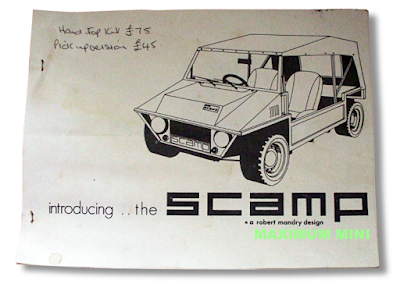 This is the very rare and very first brochure for the Scamp. I have never come across another
Picture Jeroen Booij archive 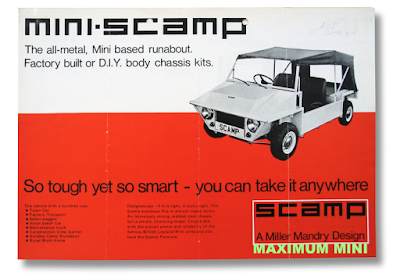 This later brochure is more comprehensive. The car is now named the Mini-Scamp by Miller Mandry
Picture Jeroen Booij archive 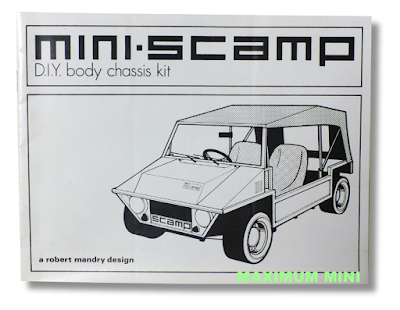 Last of the Scamp Mk1 brochures with 23 pages no less. By this time the price had doubled
Picture Jeroen Booij archive 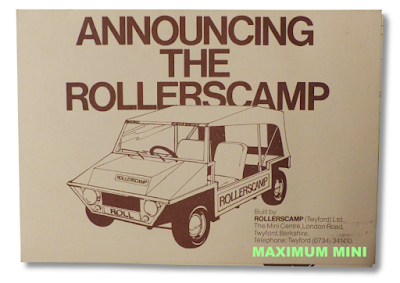 But what is this? The Rollerscamp was built by a company in Twyford, Berkshire
Picture Jeroen Booij archive