The European GTM Coupe that never was

The so-called Baumann Coupe, said to be a French version of the Midas Gold (which turns out to be a hoax - story here), prompted reader Paul Beradi to write me about another European version of a well-known Mini based kit car I'd completely forgotten about: the GTM Coupe. An Export version, which received a different front to comply to European legislation was made with the Belgian market in mind. I found two photos of the car with the different front, with GTM's Paddy Fitch and Peter Beck proudly standing behind it. Which Kit magazine wrote about it. This is what the article said:

"In late 1985, early 1986, a Belgian enthusiast, Benny Massy, got the GTM duo all in a flutter with big talk of selling the Coupe in turnkey form with 1275cc Mini engines. The project got particularly serious when Peter and Paddy actually drove the current Coupe demo car out to Belgium for it to be inspected by the Belgian customers talking big. As for the bonnet, even UK customers gradually came to their senses and returned to the purer original design." Do any cars with the Euro-front survive? 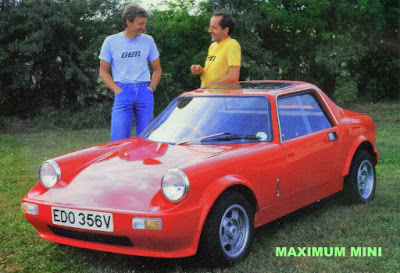 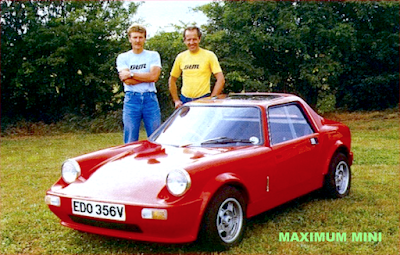 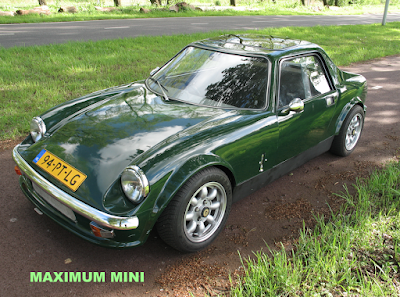 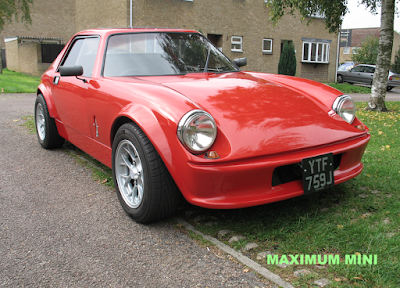 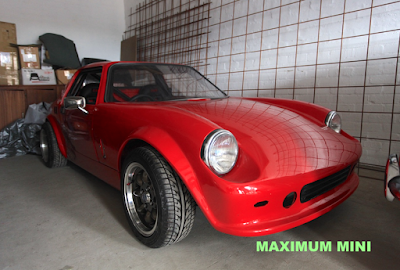 This Coupe's front is even more modified with the bumper-lip removed. This car is in South-Africa
Picture courtesy Leon Daniels