ABC Tricar prototype back to its original owner

And another original prototype has found its way back to its original owner! After the story of Ian Shearer and his Boxer Sprint proto some two weeks ago (click here), it's now time for the prototype of the ABC Tricar. This vehicle was found back several years ago through Maximum Mini (full story here). Trevor Powell, the son of the man who designed it and the Tricar's original owner, was eager to buy it back ever since. Fast forward more than four and a half years and Trevor drops me a line:

"Hi Jeroen. Just a quick note to say thank you... I managed to persuade Robin to sell the ABC prototype back to me after 50 years to the very day I drove it for the first time. It had taken me two years to complete with lots of help from my father Bill Powell and his business partner Ken Heather.
The resulting three-wheeler, inspired by Owen Greenwoods racing version, was my road car for two years and it was a blast, 16 and driving a 'car' on the road what was not to like?"

"Performance was stunning despite the lowly 850 van engine as the weight was under the 8cwt weight limit and with only one seat, legal to drive on L plates. the missing wheel changed nothing about the handling, except in deep snow when the single rear wheel tracked a little on the central snow, in reverse it was a little unstable (like a Reliant going forwards) so not too quickly in tight reverses was the rule."

I have now purchased the original car back into my life... truly amazing and quite emotional for me, my wife Melanie and my son Alex. Dad and Ken went on to build many of these cars and several survive to this day including one in the USA." Well done Trevor, do keep me posted on the Tricar's restoration! 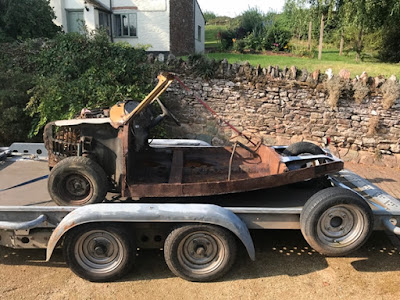 ABC Tricar prototype is now back in the hands of its original owner, 50 years after he first drove it
Picture Trevor Powell 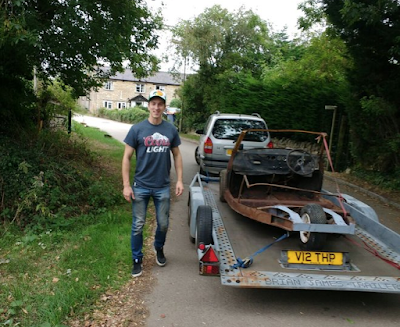