People keep on alerting me when Mini based cars come up for sale or when new automobilia or pictures emerge, which is great. And when a previously unknown photograph of the long-lost Gitane GT comes to the light, it's a perfect opportunity to write about that car once more. It's shown here in its second guise, as modified by Tony 'Podge' Dealey in what has to be a hill climb. This is the first picture that I see of it wearing no wire wheels. So is it earlier or later than the other photos that I have of it? Hard to say as it also came with a radiator opening in its aluminium nose in a later stage, but still used wires then.

The car was initially registered '947 GEA' but later wore the number '232 HWD'. More information is naturally more than welcome. I still hope to find the West-Bromwich-built Gitane one day. More on the beautiful GT in articles from 2011 (here), from 2015 (here) and from 2018 (here). 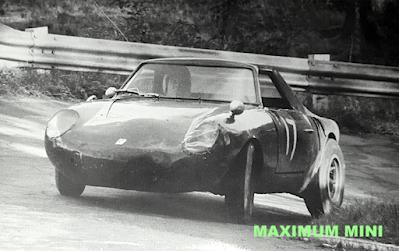 The Gitane GT being hill climbed with, I think, Tony 'Podge' Dealey behind the wheel
Picture Jeroen Booij archive, thanks to Scott Barrett 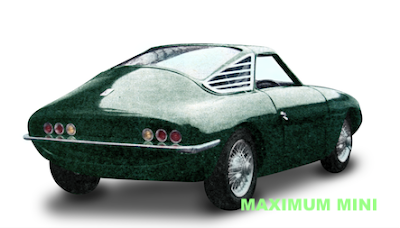