The Lotus Fisher GT is found (click here) and here is the second installment of the car's discovery, where new-owner Dan Stokes tells how he found it. Over to Dan!

"Friday 3rd October 2020. My father-in-law was round my house and told me he had been with my mother-in-law to her friend's house and seen an old car sat in the garden. They had asked what it was and the then-owner mister Burke had stated how it was something Lotus and a sort of kit car, he also just wanted it gone. From what I am told they instantly had looked at each other and said 'Dan'. Both knowing how mad I am on all sorts of vehicles and the depths I go into with them both personally and at my garage they knew this would be a car for me."

"On Monday the 5th October my mother-in-law had come round for my wife’s birthday and text me mister Burke’s number so I could arrange collecting the car from him. Which I am so glad I did. On Wednesday the 7th October at around 10:30 am, my friend Shane and I arrived at mister Burke’s house in Southampton for the first time. Having opened the gates on the driveway to allow me to examine the car, mister Burke came out and passed me a folder of paperwork - the logbook stating 'Fisher' as the make. I instantly knew the name and expected it to be a race car as I'd read about Fisher’s some time ago. There was also a few letters in the folder stating it had been raced along with some magazines. The car was clearly in a very sorry state, stacked full of parts with odd wheels, flat tyres and the screen, which just sat loosely in place."

"I asked mister Burke about his ownership and how he had come across it. He stated he'd purchased the car some 20 years before to save it from certain bad fate from a lad in his late teens in Portsmouth. He bought it with good intentions as planned to restore it to its former glory but with a very busy work life of long days along with renovating his home the years had unfortunately just passed by leaving it in the sorry state it already was."
"Although the car had sat outside mister Burke's already full garage, he had kept it covered as best he could. He also asked me to clear an Austin Metro and has since very kindly offered to sell me his own late mothers 1951 Ford Prefect which I really look forward to also getting back together. The Fisher's true origin was unknown to him though. He was aware that the vehicle's engine was from a Mini and there was some sort of Lotus base. It seems he was not aware it was the race car she once proudly stood as. The steering wheel was inscribed 'Lotus Fisher GT'. We used brother straps attached to the rear frame and a winch to begin removing the car. Initially, none of the wheels turned, however, tapping each wheel with a hammer eventually freed them, making it easier to load onto the recovery vehicle. (One of the track rod ends was detached, so caution was needed as the car, at times, had a mind of its own). The nose cone was detached, which made loading easier."
"Once on the recovery vehicle, it was simply a matter of replacing the nose cone, the loose windscreen, seat and other ancillary parts, all of which were secured using ratchet straps. When we got back to my garage, Aldsworth Garage Ltd. in Aldsworth near Emsworth in West Sussex (click here for details), we wasted no time on unloading her and getting her into the spray booth so in the warm and dry."
"Later that day we emptied the Fisher out, cleared up the rotten wood that laid on the aluminium floors and found that mister Burke had beemn 100% correct in stating most of the original parts were with it inside. The lights, a number plate and even four wheels nut covers with an 'F' for 'Fisher' on! Once the car was empty, we tried to turn the engine with a ratchet and socket. To all our complete surprise after what has probably been over 30 years sitting it turned and had compression."
"Obviously it will need a full rebuild but it was a great start. We googled the words 'Lotus Fisher GT' from the steering wheel and found the article ‘The many faces of the Fisher’ written by yourself, which clearly shows my car's registration number and pictures of the car's build and being raced etc., which is what led me to contact you. I have since been in contact with other people regarding the car also but have stated nobody is to post about it including any pictures I have taken. As it was your article that led me to finding what she truest is, I wish for you to be the one to write about her fist. From your pictures I was shocked the car isn’t in a lot worse condition to be honest and that mainly she is complete still holding the Lotus parts you show. I would like it on record although I truly am extremely grateful that Mister Burke was so kind as to gift me the Lotus Fisher GT and I fully intend to get it back and road going. He is the person who is responsible for saving this iconic car when I was just a teen myself. I have already been asked by various people if the car is for sale and I must state it currently is not. But I am happy for people to contact me at my email dan@aldsworthgarage.co.uk. Best regards, Dan Stokes." 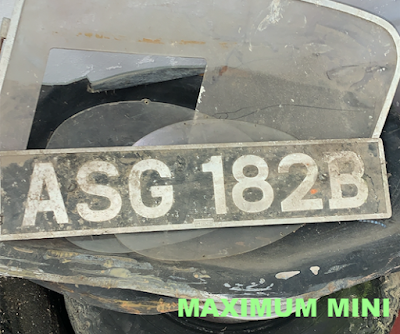 Most parts are there. Registration 'ASG 182B' is still on the car and will be in Dan's name soon
Picture Dan Stokes 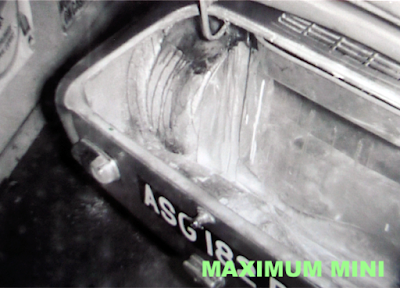 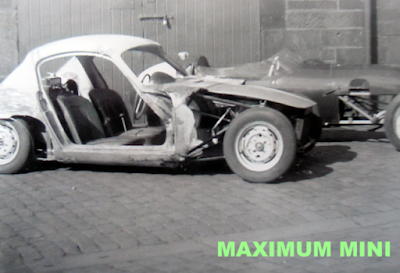 The Lotus Elite used to build the Fisher GT outside Jack Fisher's garage in Canning Street, Edinburgh, Scotland. The car next to it is a Lotus 12 that was owned by Fisher at the same time
Picture Jeroen Booij archive 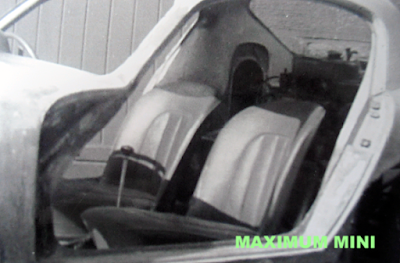 The car's inside during its build. Were the original Elite bucket seats retained?
Picture Jeroen Booij archive 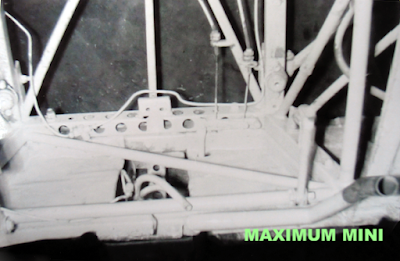 I'm not sure wether this is a detail of the Elite's frame or the Fisher made space frame when just being built, this must be the car's rear I reckon
Picture Jeroen Booij archive 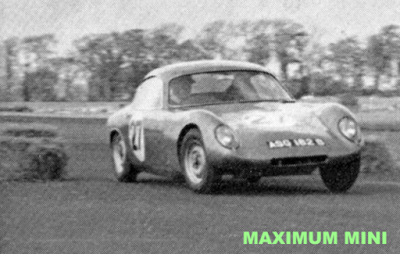 This photograph was taken at the East Fortune Airfield Sprint in May '64. Fisher came 5th overall
Picture charterhall.weebly.com 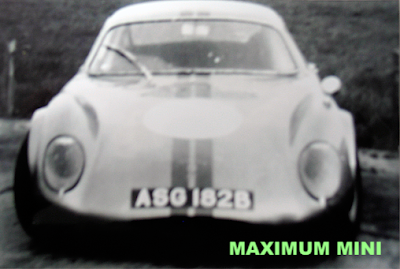 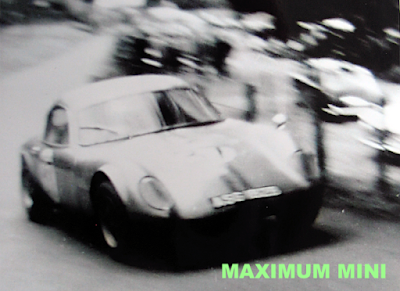 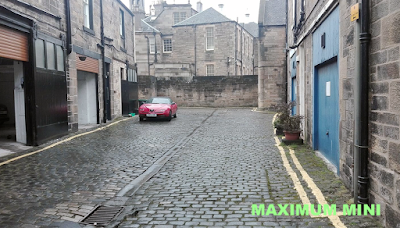 Canning Street in Edinburgh where the car was built. Seen here in March 2018
Picture Alastair Brown
Dan made a little walkaround movie of the Fisher GT as it sits in his workshop today
Video Dan Stokes
Geplaatst door Maximum Mini op 09:49