A little ad from a 1974 Cars & Car Conversions magazine was sent over by Rachel Nelson, who wondered if I knew it. I don't. The car is advertised as 'Mini based Special - one of three only' but I have never come across anything similar or it must be the DART, which has perhaps some hints of this creature. The ad further states '41 inches low, less engine and box. Must go now, getting tatty so best offer secures', followed by an old London number. I can't read the registration well ('GBP 801C' perhaps?), but maybe it rings a bell to anyone here? 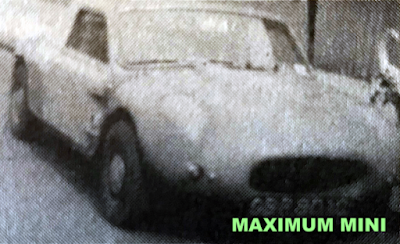 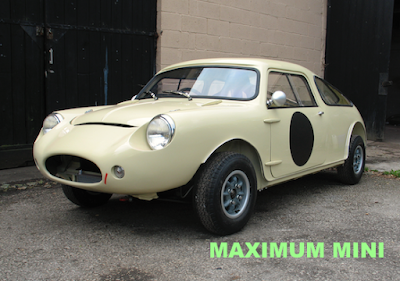 DART has perhaps hints of it, but can't have anything to do with it, can it?
Picture Jeroen Booij
Geplaatst door Maximum Mini op 09:52