Dikki Nener contacted me about a mysterious coachbuilt Mini that has come up for sale recently. It looks not unlike a Wood & Picket Mini Margrave, but must have been built by a different converter. There is a badge on the car of 'MM Coachtrimmers of Watford', but this doesn't ring any bells here. There's the one-off MM Mini Land Rover and the Mini Mouse with its 'MM' badging (see Maximum Mini 3 for both), but these seem very unlikely to link to this car if you ask me.
But the Watford link may prove to be more revealing, since NJC Car Conversions Ltd. were also based in Watford, and the NJC Mini they built also had many similarities to the W&P Mini Margraves. Dikki said: "Yes I was just thinking the same, but there seem to be a lot of trimmers around the Watford area even now... But maybe it was pre-NJC and made by one of the founders? It looks to have been commissioned by H.R. Owen through Heron, which was also owned by HRO."
A rusty rolling shell with some of its interior still in place - the Mini is worse for wear as it sits now. But it comes with a few photographs taken in its heydays in the mid-1970s when it looked very distinct. The car came deseamed with an ivory coloured fabric roof, widened arches, Champagne coloured paint and a lavish interior in what looks to be ivory leather, walnut veneer and brown velvet. The finishing of the fabric roof is not unlike that used on NJC's Minis either...
Who knows more about this interesting car..? Updated below 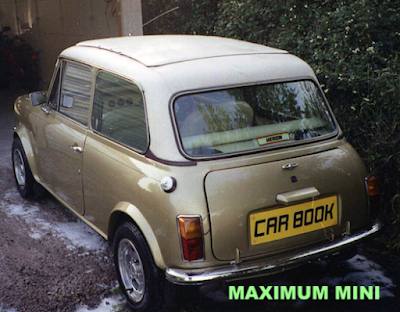 Mystery coachbuilt and Heron-supplied Mini looked like this in the mid-1970s. Not a W&P
Picture Mike Elwell 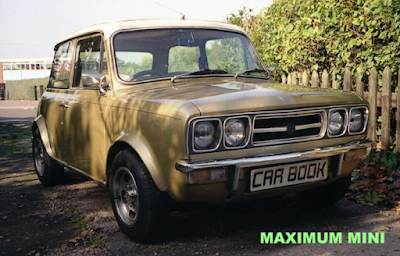 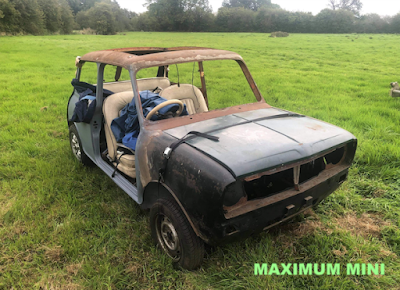 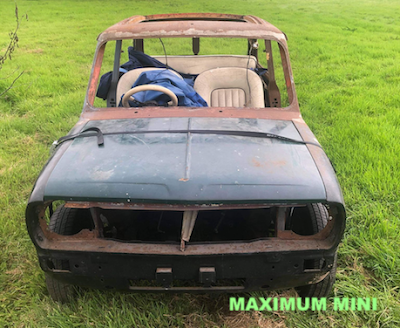 Champagne colour seems nowhere to be found now. Interior is partly there
Picture via Dikki Nener 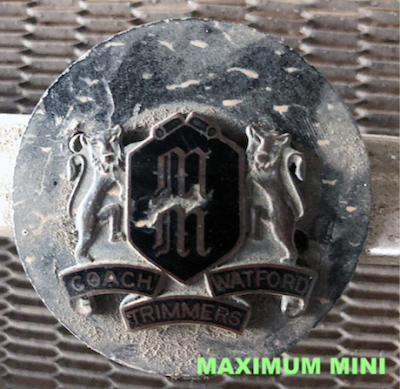 MM Coachtrimmers Watford. Who were they? Is there a link to NJC Car Conversions Ltd.?
Picture via Dikki Nener 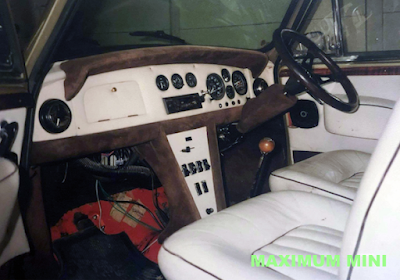 Lavish interior is clearly different to that of Wood & Pickett, but also to NJC Minis
Picture Mike Elwell 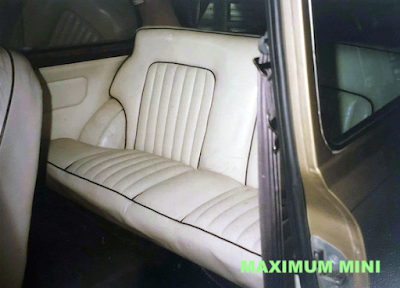 Note similar finishing of fabric roof on c-pillar of NJC Mini (left) and mysterious MM Mini
Pictures Jeroen Booij archive / Mike Elwell
UPDATE 8 October 2020
A very comprehensive answer from Mike Elwell, who owned the car until recently:
"MM Coach Trimmers was a firm in Watford consisting of Maurice Macdonald, ex-foreman at Wood & Pickett's and an ex-Harold Radford/Hooper Motors employee. It must be remembered that Wood & Pickett like other firms farmed work out and this could have been the case with this car unless it went to MM much later. Wood & Pickett did not make all the Minis the same and did whatever the customer asked for, and these type of seats (may be Ford Capri) and dash have appeared in other W&P Minis. It was said that this Mini may have been converted to match the 1st owner's dad's Rolls-Royce hence the bulky seats and the Willow Gold paintwork. The steel arches, sunroof, twin headlamp grille and quarter lights/electric windows are all conversion by Wood and Pickett. The HR Owen (Heron) connection may be comes from the second owner (a fashion designer) and the third owner (a member of a very famous group at the time) which was leased to him by HR Owen's. The Mini was returned to Owen's because of none payment, and purchased by one of their employees for his wife (a plate on the car show the dates it was at HR Owen's). It is nice to see the photos credited to Dikki Nener which are owned by me and taken by me on our drive in the late 1980’s when I owned it till it was sold a few weeks ago. Disappointed last owner, Mike Elwell"
I have now credited these pictures to Mike.
Geplaatst door Maximum Mini op 13:09