Now this is a find of a different kind! A Mini-based three-wheeler that was used by a clown! Maximum Mini fan extraordinaire Tony Bucknall, whom I visited earlier this year (click here and scroll down), dropped me a line recently: "Good afternoon, I hope you are well? Do you have any images of the Mini Mouse? Picked one up less the windscreen surround, but have no idea what it should look like..."
You bet I knew the Mini Mouse, and if you look up the entry on the model in Maximum Mini 3 you will read "(...) Another one with a home-made hardtop was equipped with a speaker system for use by Chuckles the Clown throughout the UK! All seven were supposedly sold fully built. One was unearthed in 2011 in a derelict state, but other survivors are unknown."
And there was no doubt that Tony's latest purchase was in fact Chuckles the Clown's car. Tony added: "The fibreglass has been hacked through along the base line and the chassis is typically 1970’s kit car. The mechanics are late 1960’s magic wand gear stick and early electrics. But it’s registered as a Leyland 3-wheeler so that’s a key part. This one was registered on the 13th of July 1983. I’m thinking the circus had to get it registered to use it on the road for promotion purposes but I bet some clown MOT’d it just using a Mini ref they found at the time!"
Anyone here who ever saw it in action in a circus or parade, at a festival or carnival? 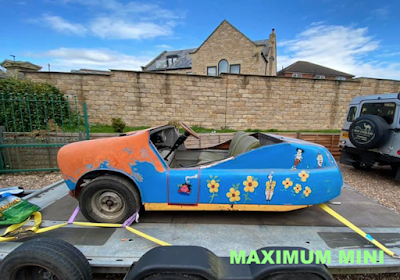 Bright colours, flowers and clowns figures - there can only be one Mini Mouse like that
Picture Tony Bucknall 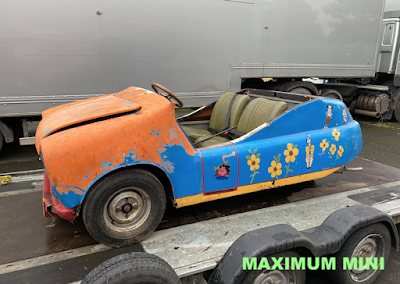 Moulded-in windscreen and hardtop are gone, but Tony is just the man to repair this
Picture Tony Bucknall 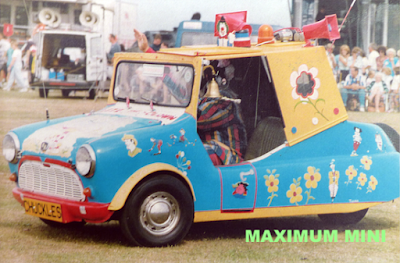 From the files: same car as used by Chuckles the Clown. This must be before being registered in '83
Picture Jeroen Booij archive 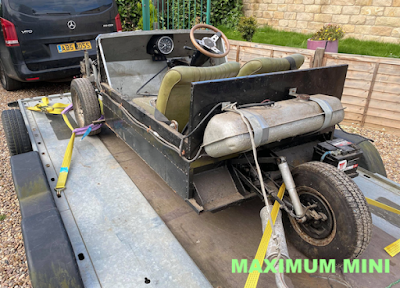 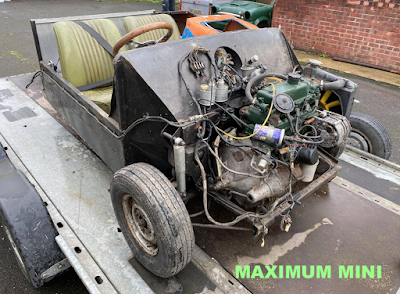 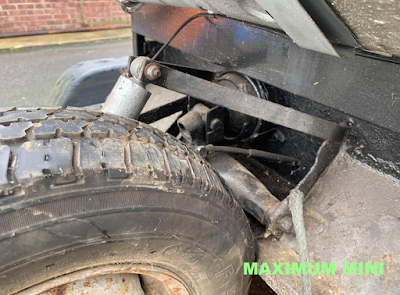 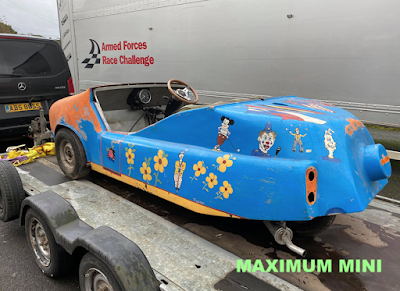 Tony wonders how this one needs to be restored. I say: keep it as a tribute to Chuckles the Clown!
Picture Tony Bucknall 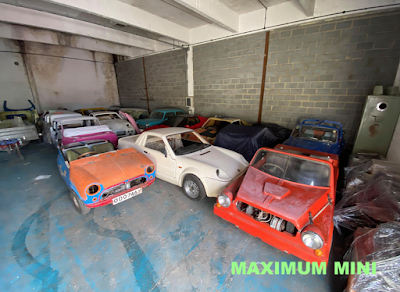 Mini Mouse parked next to Tony's other Mini based cars and projects. Quite a few!
Picture Tony Bucknall 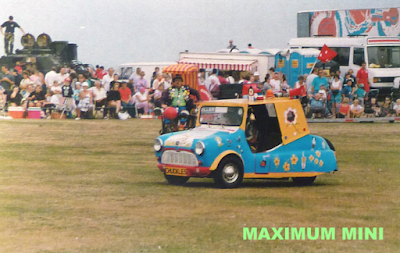 Pleasing the crowds. Did Chuckles the Clown also use the Mini Mouse in his act?
Picture Jeroen Booij archive 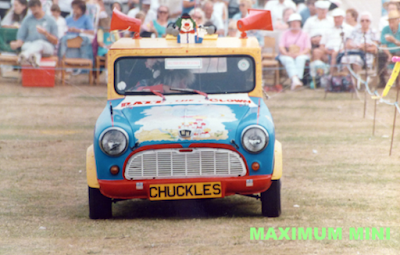 The circus probably didn't register it until they wanted to use it on the road for promotion purposes
Picture Jeroen Booij archive
Geplaatst door Maximum Mini op 10:23