One very interesting article was dug up for me by reader Peter Camping. It's a piece from a 1969 issue of Motoring News and is about a coachbuilt Mini that was totally new to me. The car was built by none other then John Coombs, who succesfully ran a Jaguar dealership in Guildford at the time, and who was involved in Formula One and racing Jags also.

The Mini was built on request of one of Coombs' wealthy customers and, boy, it was lavish! Based on a 1275 Cooper 'S', the list of modifications and add-ons is sheer endless. The body was deseamed and received a low rear screen cut from that of an MGB, modified rear side screens, heated windscreen, a hand made grille, flared arches, louvred bonnet and Mercedes headlights. Door locks came with push-button openers, overriders from a Riley Elf while the standard Cooper 'S' wheels were cadmium plated. The car was painted in Roman purple cellulose paint.

The car remained a one-off, was named Mini De Ville - like Radford called theirs - and was registered '3 EXW'. Could it survive..? 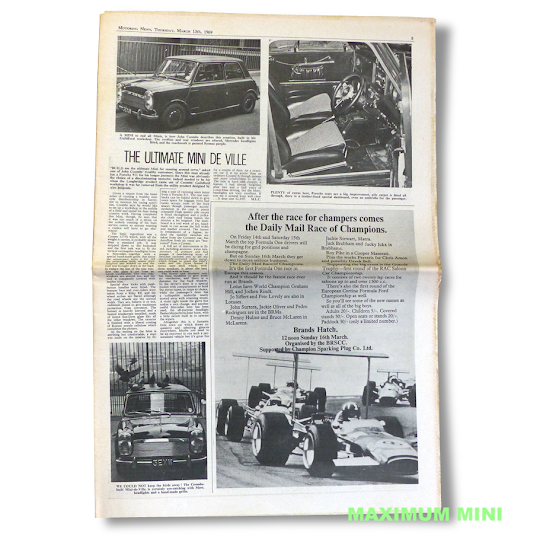 The Coombs Mini De Ville was built as a one-off in 1969 by John Coombs
Picture Motoring News, courtesy Henk A. Hazelaar 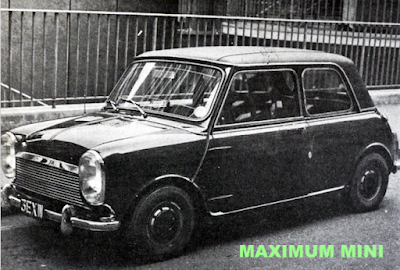 3 EXW indeed must have been pretty much the ultimate in Minis. The list of mods is amazing
Picture Motoring News, courtesy Henk A. Hazelaar 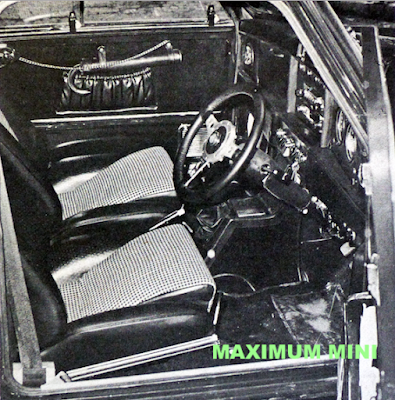 And it doesn't stop on the outside. Interior boasts many more lavish luxuries
Picture Motoring News, courtesy Henk A. Hazelaar 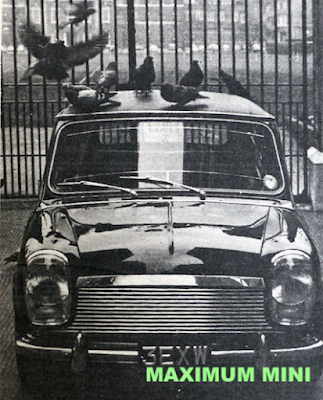